My meal planning came to a finish as I prepared different platters of different appetizers for the guests. I of course prepared the appetizer that won the Pace Picante contest along with 3 other new recipes. The winning recipe was the Pace Picante Phyllo Party Cups that proved to be a winner even at the Super Bowl Party! Success! Since I knew a friend was making Cincinnati Chili, 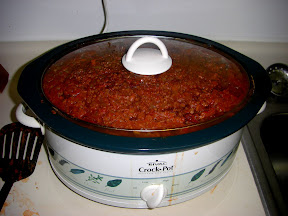 I decided to make the Phyllo Cups meatless, consisting only of refried beans, cream cheese and Pace Picante mixture, and shredded cheese with a slice of jalapeno pepper. Ryan told me that they were the most delicious and perfect party appetizer.

My second appetizer was a tangy cheese ball with some Pace Picante sauce in its mixture and shaped into a football. I had a lot of fun mixing the ingredients and shaping the cheezy goodness.

The third appetizer were the vegan Empanadas with soy crumbles I made last month as part of the contest. The fourth appetizer were wedges of Chicken Quesadillas mixed with green chiles and Pace Picante sauce and melted in sharp cheddar cheese and served with a bowl of Pace Picante.

Can you tell that Pace Picante played a huge roll in my preparations? You would think that the sauce would overpower in every recipe but I used it a way that would bring flavor to each appetizer. It was fun to be creative and come up with perfect Super Bowl food.

So as the guests munched on appetizers and delicious chili we tried hard to not be distracted by how badly the Colts fumbled many plays, or how Manning almost cried when the Saints made their 4th touchdown.

Oh well, we survived with the variety of hilarious commericals ranging from pantless people to creepy chickens in Denny’s commercials, which happened to be my favorite. We continued to tease one of our friends who was completely freaked out by the beady looking chickens that we told her we would post a video on her Facebook so that she could dream of them! Ha ha. No wait, that is mean. Well, I am going to post it on this:

The Super Bowl party was therefore a success and a fun event with delicious food to accompany a fun occasion. I am looking forward seeing who plays next year already!

Add the rest of the ingredients and refrigerate for 1.5 hours.

Remove from refrigerator and form into football or 3 to 4 small cheese balls.

Cook chicken on pan seasoned with 1/2 tsp salt and pepper for about 10 to 15 minutes. Cover so that chicken will not dry out. Cool and shred chicken.

In a medium bowl, mix shredded chicken and the rest of the ingredients except for the cheese.

Take one tortilla half and spread 2 Tbsp of chicken mixture. Add 1/2 cup shredded cheese on top of the chicken and cover with second tortillas. Repeat with the rest of the tortillas.

On a non-stick pan, heat olive oil. Place quesadilla and cook for 4 to 5 minutes on each side, being careful not to burn the tortilla. Lower heat in that case.

Cool tortillas, if not for immediate use, or cut each round quesadilla pie into 8 wedges.

Works well made a day ahead. Warm in the oven at 300 degrees Fahrenheit for 10-15 minutes.