Hello from humid and hot Houston. We have two and a half days before we return home but no rush since it will probably will be hot and humid in Michigan. We have loved visiting with family and visiting friends and enjoying good laughs.

One thing I also took advantage of while being in Houston was to make sure I was able to go to a naturopath. I expressed 2 months that I had not seen ANY weight change despite my energy and overall increased exercise regimen. I have been playing racquetball in afternoons while I added a Zumba class and recently added a kickboxing class.

I tried looking for a naturopath in Michigan but I was not getting much help from area folks. So after a few days in Houston, I was recommended a naturopath and nutritionist that had helped a mission pastor’s wife regain hormonal balance. After that, the whole family started seeing the naturopath. This is what I needed. I immediately made an appointment and found out that the test included hair analysis, a quick blood test and many other things.

Even though I have lost nearly 25 pounds, I KNOW my body was missing something or that perhaps I was doing something wrong. Ryan agreed and totally back my going to this recommended naturopath.

I had a body composition test performed where I was later told what my current Body Mass Index was and what my ideal weight should be for my height. I had been asked what my goal weight was and the naturopath stated it was healthy. The test also indicated the amount of fat my body was carrying which helped to know this number. I know God has been giving me strength not to look at numbers, but to know that I am wanting to make a change. THIS IS A BIG STEP.

The test also explained my cell health through the Extracellular cell and Intracellular cell. The extracellular water is the amount of water OUTSIDE of the cell. Higher levels indicate fluid retention, toxicity, allergies, stress, malabsorption, and insulin resistance. I have HIGH levels opf at least 8%. One important fact that I was trying to grasp and explain to Ryan and others that a person trying to lose weight can STILL be toxic. I felt that God had been revealing this to me and thus the reason for introducing a more RAW lifestyle.

The intracellular water is the amount of water inside the cell which is also the muscle water. Healthy cells maintain their integrity and hold their fluid inside. My levels were LOW which indicates low minerals and electrolytes at 9% the normal level.

Yes, I know it could sound depressing but for me it tells me the next step I need to take in addition to my eating lifestyle. I really had not been incorporating vitamins or minerals to my diet since I thought I could flush through the right foods I consumed. I then realized that a proper detoxification NEEDS to happen with the right consumption of vitamins and minerals. 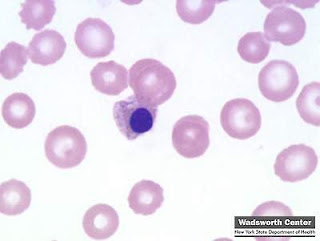 All red blood cells need to be round and I had the occasional slightly oval red blood cell that indicated a little protein deficiency. I know that there have been people that have thought that people should not eat a certain way for their blood type but supposedly the naturopath explained that Type A blood did better with a vegetarian diet. I explained that I was following a vegan lifestyle and hoped not to incorporate eggs or dairy.

The naturopath stated that I would need to focus on making sure I was getting my 1300 calories for my body type and eating a food on the low glycemic chart. I sat down with the nutritionist and we realized I was eating all the right foods but that my limit on these foods needed attention. I am NOT to focus on too many grains but making sure I had one serving and to focus more on vegatables and proteins in the form of tofu, beans, and tempeh. I was fine with that.

All this set plan was to be supplemented with protein powders to be added to my daily smoothies. I was asked if I consumed smoothies or if it would be an issue. Good thing I was stuck on those. I was to start adding flaxseed oil to my smoothies so that I could be getting a dosI have of Omega nutrition for my essential fatty acids.Thumbs up. My protein powder is vegan so that was great. I was also given a detox powder to also add to my smoothie so that I can start detoxing my liver and gallbladder.

It feels GREAT to have direction for better health. If it is ANY encouragement to anyone having a hard time losing weight it has to do with the way our red blood cells show to us. How wonderful and powerful is that?

Who said making a lifestyle was easy? I totally do not want to discourage anyone, but despite my exercising EVERY day and eating well for the past 9 months, I have the seen results like others because I believe that my body needs to heal itself with detoxing and proper vitamin and mineral consumption. I hope and PRAY that 9 months from now I can be better informed and feel EVEN better.

The key is persistance and a good support system and God’s strength. So even though people follow different lifestyles for ethical reasons I will follow it because God calls me to be a healthy person INSIDE and OUT through his strength and power not by my own strength. I look forward to the next 9 months and what it will show me.