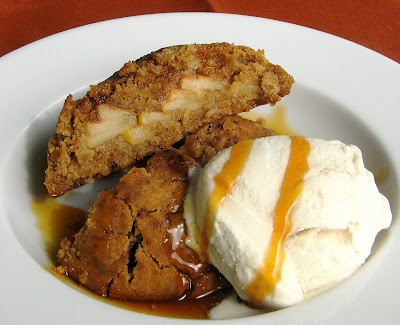 I forgot I was going to announce winners for the Zevia drinks AND the TOFU press. Random.org picked the following people: Congrats!!!

ChristinaAlmond won the TofuXpress. (please email me your mailing address and phone number)

This past weekend Ryan and I went to the Renaissance Festival for the first time in YEARS! We only went because I had won some tickets so who can’t help not going to something for free? Iremember as a child that I did not like it because it was always SO crowded, with people smoking and people strangely dressed. Well nothing has really changed in 20 years. 🙂 It seemed to be more of an excuse to dress up before Halloween came around. Some of the costumes were not even PERIOD costumes. Oh well. 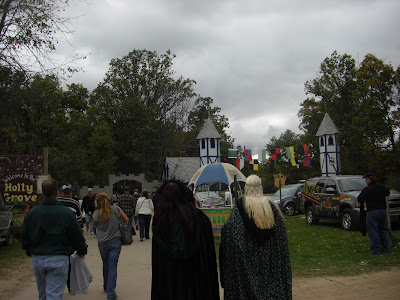 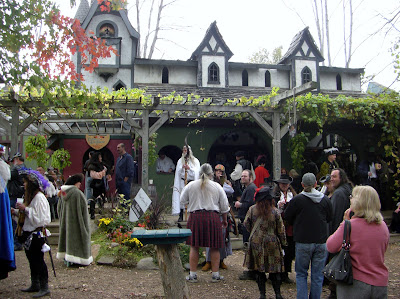 Another thing I also remember is that this festival had great eats. The big turkey legs, fried foods, apple dumplings, and more. When lunch came around this time, it took a while for both of us to make a decision. The festival map indicated that there were vegan options. VEGAN options at the RenFest? Yes, I was very surprised, but not all of it was healthy. They had fried tempura veggies, veggie fried spring rolls and Spicy Vegetables and Rice with Plum Sauce. So does anyone know what I ordered? Yep, I went with the veggies. 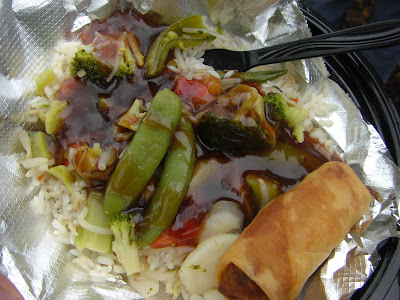 It was probably the best deal around the whole fest. It was tasty for sure! We continued walking and enjoying the sites and booths. 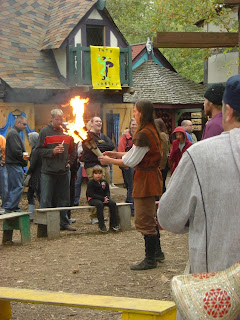 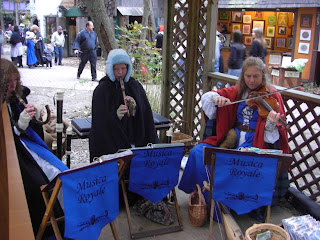 We were surprised we did not hear MORE music around because I remember the Texas RenFest had a lot more music. The instrumentalists told us that there wasmore music here than there would be in the Colorado fest which virtually does not have any music. Well, these tend to be more commercial events than anything. They sell so many things and hardly anything is free. What was the best way to use our money? How about some treats?  Ryan was ready for something sweet so he headed to the line that he had been eyeing for a while. Yep. Apple dumplings with Ice Cream and Caramel Sauce. 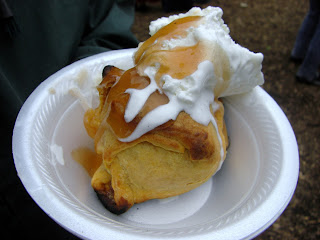 I knew for sure that was not vegan so I watched him enjoy it while I waited to get home to make my own. How is that for inspiration? Well, I waited a day before I could brainstorm the perfect recipe. 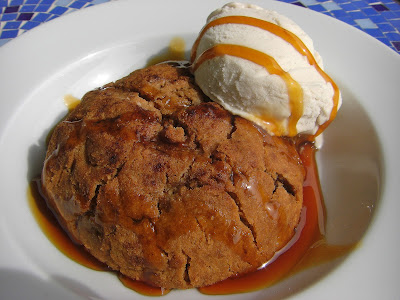 Preheat oven to 350 degrees. Line a small baking sheet with parchment paper.
Mix all the ingredients together except for the last 2. Using a pastry cutter, mix the shortening into the flour mixture until it resembles wet sand.


Add the coconut milk and mix the dough with hands until well mixed. Split the dough in half and take each half and flatten until 1/2 inch thick. If dough is too sticky, use a bit of the brown rice flour to keep dough together. Place on a baking sheet lined with parchment paper. 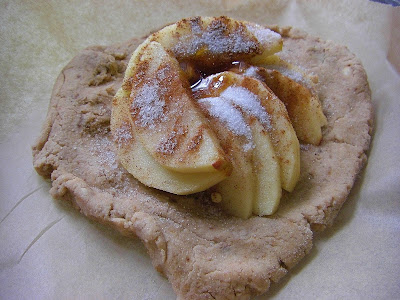 Slice the apples and divide in half between each flattened dough. Place apples in the center. Sprinkle 1/2 teaspoon of cinnamon over the apples and drizzle with 1 Tablespoon of nectar.

To make dumpling, bring dough around the apples carefully, since the dough is different. bring together until it forms a ball or large dumpling. 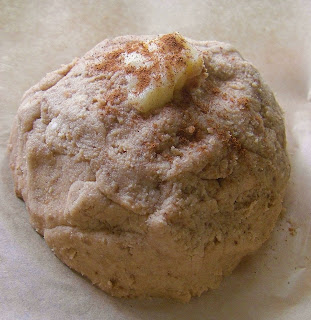 Dollop with 1/4 Tablespoon of Earth Balance if desired and sprinkle with cinnamon.

Bake for 20-25 minutes until golden brown. Remove from oven and cool for 5 minutes. Serve with 1/2 cup Vanilla Bean Coconut Ice Cream and drizzle with the Coconut Nectar.

My childhood memory and recreation was DELCIOUS! It truly is fun when something unhealthy can be recreated to something healthier. Ryan loved it and gave it a thumbs up!

This was submitted to this Challenge that Ricki and Kim are hosting. Check it out. Tomorrow is the last day to enter! 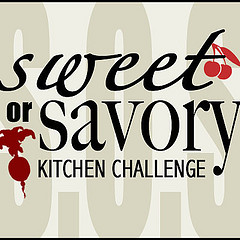