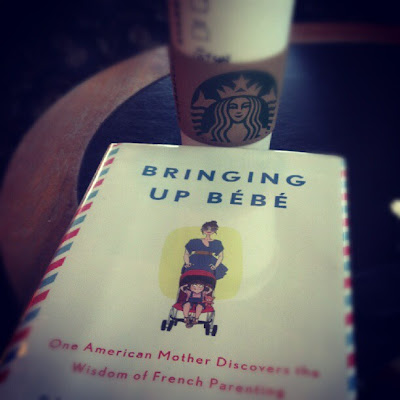 I love reading and at one point, after having Julianne, I thought I would never get back to reading, for information purposes or even for leisure. Well, as you have been able to tell, I have been reading and it all seems to be about babies. What can I say?
A month ago, my grandmother sent me a newspaper clipping through the mail, or snail-mail, a review on this book called Bringing Up Bebe: One American Mother Discovers the Wisdom of French Parenting. I have always been interested with other cultures so when I saw that this book was written from an American author’s point of view while living in France, I knew I had to read it.
What a surprise when I found out that this book had several holds. Darn. I had to wait!
Memorial weekend came along and I was finally able to check the book out. We headed out to our vacation to Grand Rapids and Detroit so I knew I could read in the car. I offered to read it out loud to Ryan and he was happy to listen. How happy? He was hooked to funny stories and quirky cultural references that we decided to read it as a couple.
Pamela Druckerman, the author of this fun book, is a former journalist for The Wall Street Journal who ends up moving to Paris because of her husband’s job. They end up having a child and so begins her world focusing on the differences between the French and American women and how they handle every stage of pregnancy, motherhood, and rearing of children.
This book is very well rounded because Ms. Druckerman includes a lot of facts given to her by French specialists. There is science included in the history of French parenting and how it compares with American parenting.
Was I at all offended by the writing? Let me preface by saying that I like the French, and their country. It was the first place my grandmother took me and I fell in love with the language, landscape, food and more. What I did not know was the way the French raised their kids. 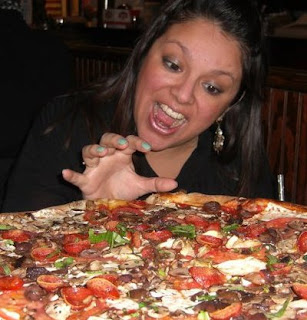 I always noticed that people seemed slim, especially in Paris, despite all the heavy and rich foods, but because they walked and were constantly moving. Ms. Druckerman devotes a chapter on how French women deal with pregnancy. They do not gain tremendous amounts of weight, they do not do a free-for-all-I-get-to-eat-as-much-as-I-can and then go nuts with losing weight after having the child.
A lot of what she explains and compares, makes a lot of sense to me. It made me realize that I wanted to do things differently with my next pregnancy. Even though we have countless of options and outlets of information for pre-pregnancy and post-pregnancy, it always seemed to spark some sense of anxiety or obsessing on many matters. 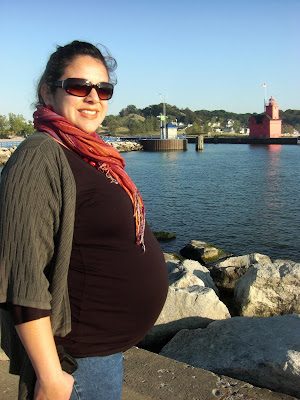 Another chapter discusses how to sleep-train your child. Most French mothers have their kids sleeping or how the French say “doing their nights” by the time they are 2 months.
STOP. No way! I did put 2 of the several examples to the test to see if these would in fact work with Julianne. Julianne has been waking up twice during the night. Somehow the putting the pacifier and walking away “seemed” to not work. I did not want my child to cry it out or to not be soothed but I had been told the baby should not be eating during the night. Should I go by instinct or should I stop this eating habit and make sure she eats every 3 hours during the day? 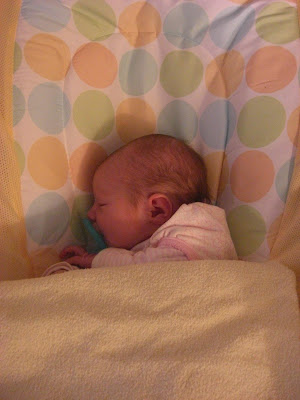 We experimented 3 days into the book, after reading on the section on babies sleeping through the night. Julianne wakes up at 3am. We place her pacifier in her mouth and she does not like it. She cries. She cries for 5-10 minutes and then as I am ready to pick her up, (yes, I just can’t), we hear quiet. She does not wake up until 7am. 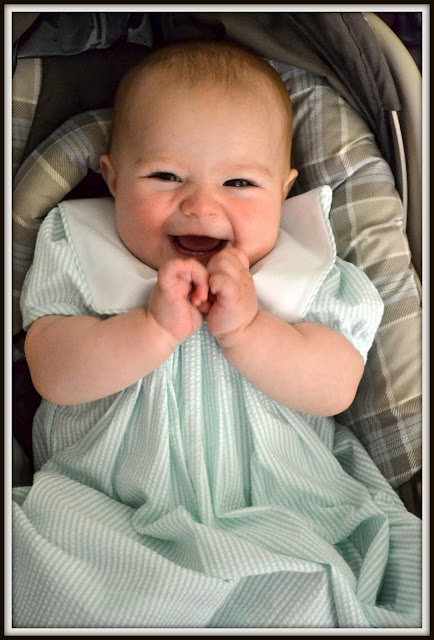 Second night she wakes up again at 1:30am. We place the pacifier in her mouth and she cries for 5 minutes. This was 11 days ago. After that second night, Julianne has been sleeping from 7-7:30pm to 6am, with no waking up! WOW! We have been so excited to have uninterrupted sleep and with little crying. 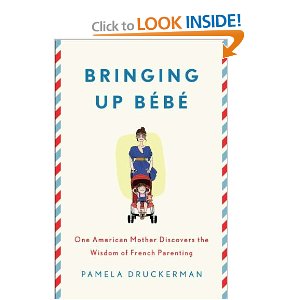 Now, we have to deal with naps. Now that I think she knows she is sleeping through the night, I believe she either is wanting to boycott naps or she is going through a bit of separation anxiety. We are currently tackling this.
The other part of the book we started implementing was a feeding schedule but this quickly waned when I had to go by instinct and feed the baby every 3 hours instead of 4 hours.
What did I not like about the book? The science and history did bore me a bit just because it seemed a bit much thus the reason we could only do one chapter a night. The writing style is humorous and I believe I did laugh out loud at the coffee shop when I was finishing this book.
The book is not wild or crazy but it does give an excellent perspective into French culture and parenting. I actually was shocked at several ideas that I simply would not implement, but that is their culture.
Here is an online review of the book. I hope I have piqued your interest.
If you knew one technique was working for another culture that we as Americans are not using, would you give it a try?
These opinions are entirely my own.