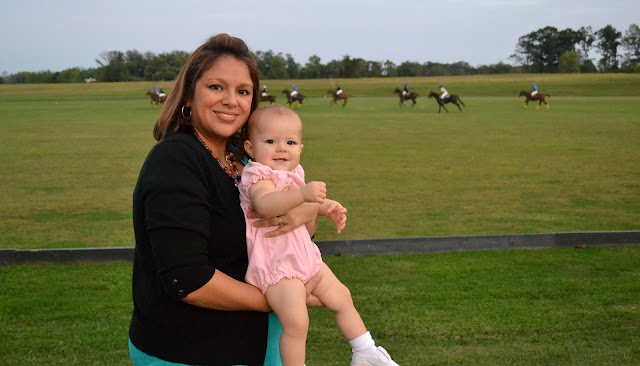 I hope everyone had a great weekend like we did. I felt like we were able to pack it in with fun activities. I find that we always enjoy finding new things to do when we live in a new place.
If you had not noticed I recently joined a new group called Philly Social Media Moms. I think the title fits everything that is my life plus much more that a lot of people do not know about me. I thought it would be a great fit for me because it would be a great group to meet other mothers like me. Well, I did not waste any time. One mom posted a great promotion to attend a polo match during a summer series called Friday Night Under the Stars. 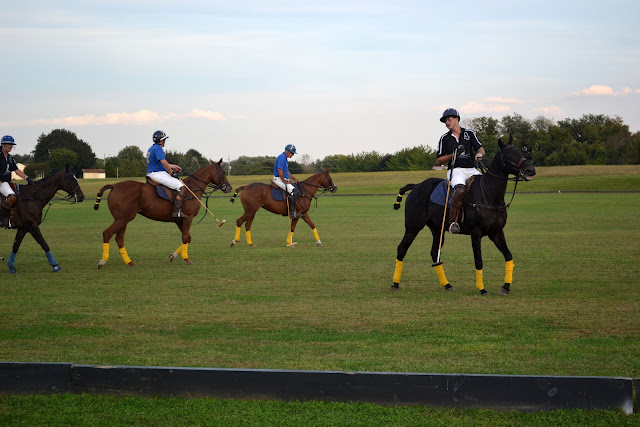 This series started June 1st and ends September 21st. What was pretty amazing to learn is that the proceeds from June to August go to a non-profit charitable organization called All Riders Up, and organization that provides area residents with special needs a way to exercise. What a wonderful opportunity! Included with each ticket entry is a spot on the field to watch the games, music, and parking. You can eat on the grounds but that is an additional cost. The real great option is to bring your own food and have your picnic. 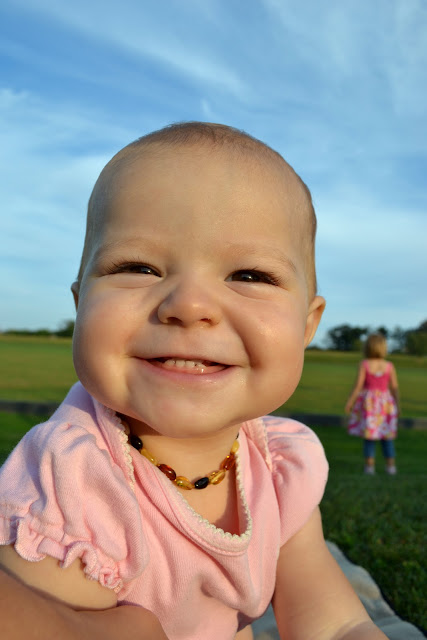 This event was definitely family-friendly and a very unique experience. Neither Ryan or I had ever been to a polo match so we eagerly agreed to pack up picnic items and blankets to make our 30 minute trek to the polo grounds. 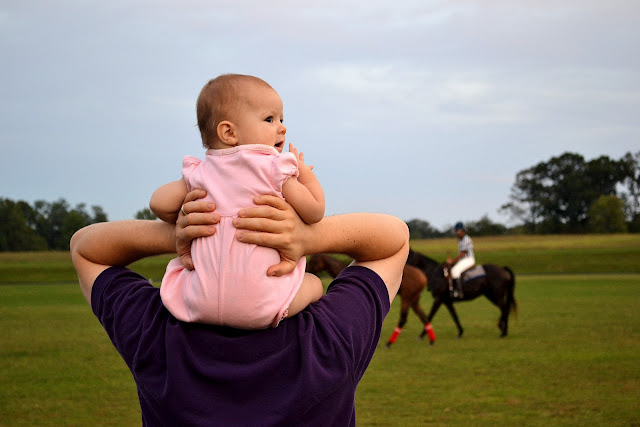 When I say picnic items I only meant blankets, sweaters, baby food items and miscellaneous items. We decided we would try the food on the grounds which we later regretted. There was little tent that offered wine and beer along with some grilled foods, like hot dogs and hamburgers. I was excited to try the BBQ. Note to self, I am from Texas and BBQ in the East is so not like Texas BBQ. 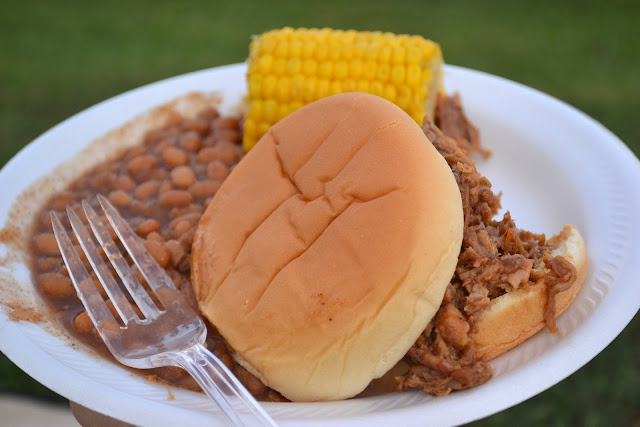 I took one bite of the beans and said NO! It was full of cinnamon and too gooey. Gross. The pulled pork sandwich, well it was pork and gross. I prefer brisket. The corn was probably the best thing on the plate. That food went to waste I have to say. Chipotle was consumed a few hours later. 🙂 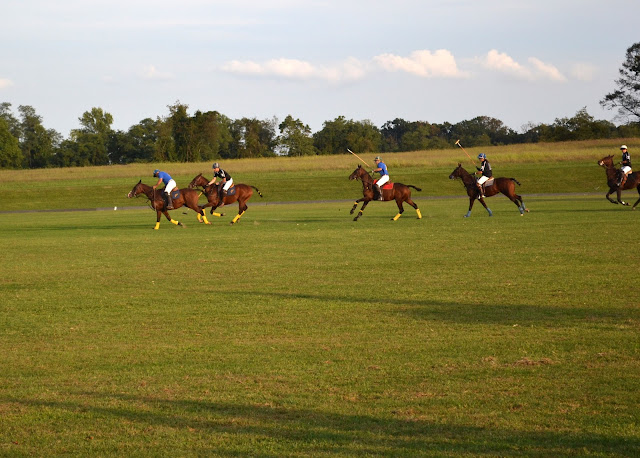 The polo games were quick but fun to watch. What was great was watching Julianne enjoy the horses running back and forth on the field. 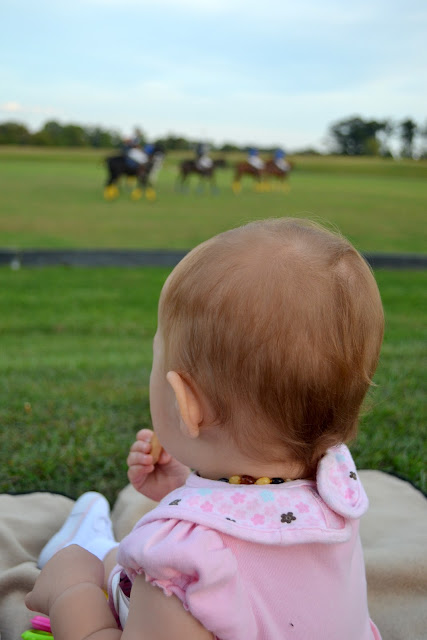 She was easily distracted with the kids running around but as soon as the players came by our area, she was flapping her arms like crazy. Oh, the plus was getting to meet 3 other Philly moms from the group. It was nice to have a social gathering meeting total strangers which is better than going and not knowing anyone, right? 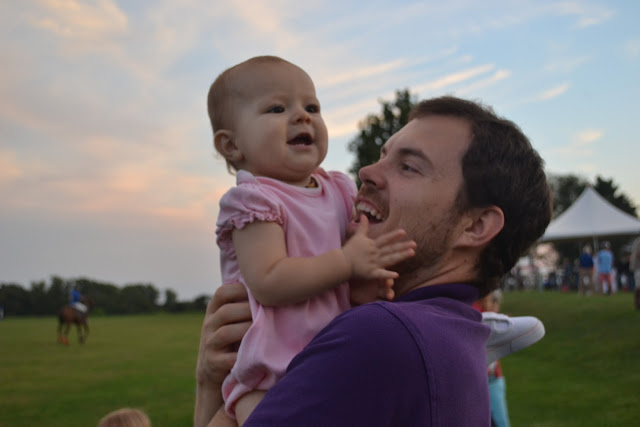 I would totally go again! Another plus was the 2 hours of music after the polo matches were over. We stayed for another 45 minutes despite the baby’s bedtime. She loved seeing the stars, the dogs running around and the band playing. 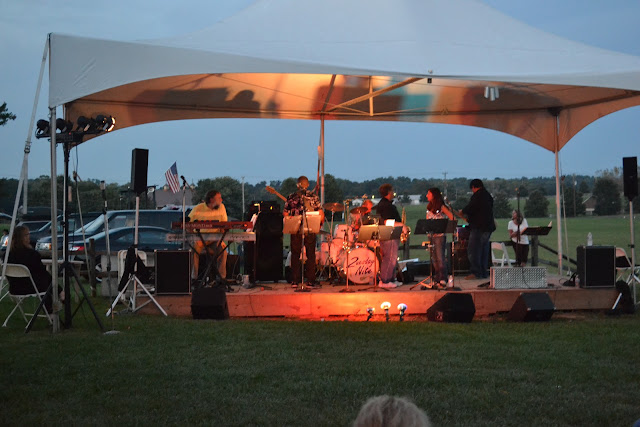 The group playing is called 2UESDAY NIGHT BAND. They were pretty decent for a party and dance band. There were kids dancing and adults getting up and doing the boogie dance. It was a lovely ambiance. After 2 hours, we headed out and called it an evening.
This event was a great start to our weekend and I recommend anyone to try it once. 🙂