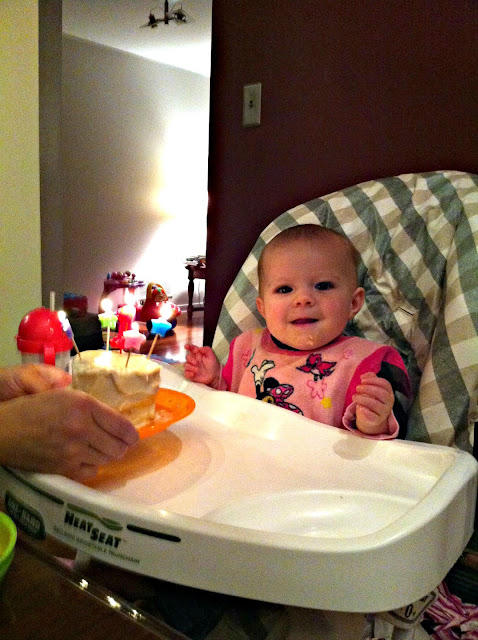 I have been delaying this post for a bit because it was not what I planned or expected. The other reason I finally came to terms with how things turned out because I made a bigger deal about how Julianne reacted that I should have. My husband and my sister assured me that there was nothing I could have done and that things DID go well. 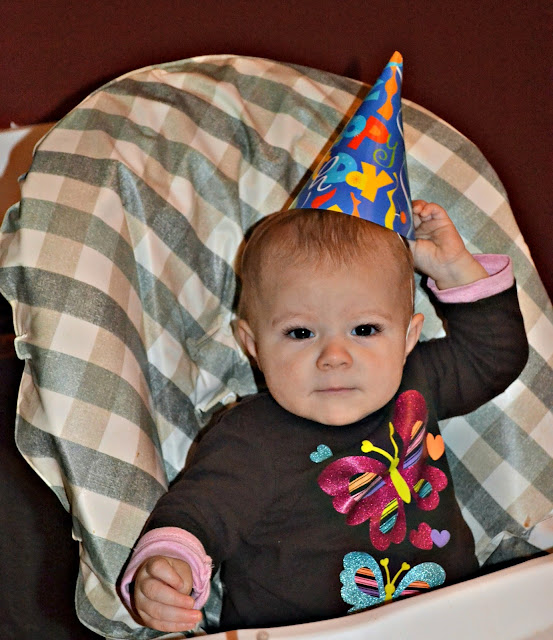 My sister and bro-in-law decorated the dining room with streamers and little banners. We tried to have Julianne wear a hat but this girl refuses to wear anything on her head. At least I was able to snap a pic or two before she took it off! 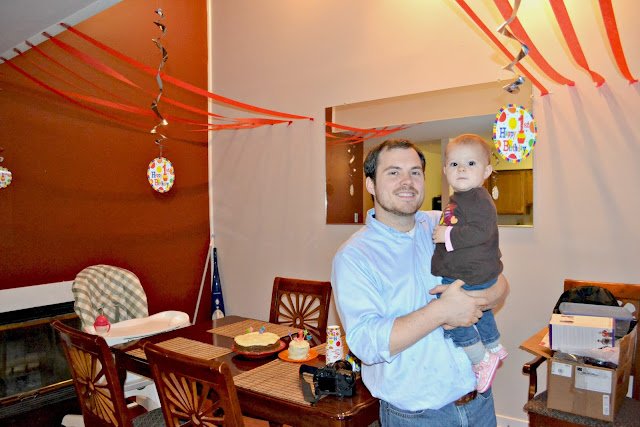 Do you wonder why she is really not smiling in any of her pictures? This happened to be a day where she decided to not nap and so she ended up being a bit grumpy. We waited till Daddy got home so we could have an early dinner, open gifts and eat some cake. 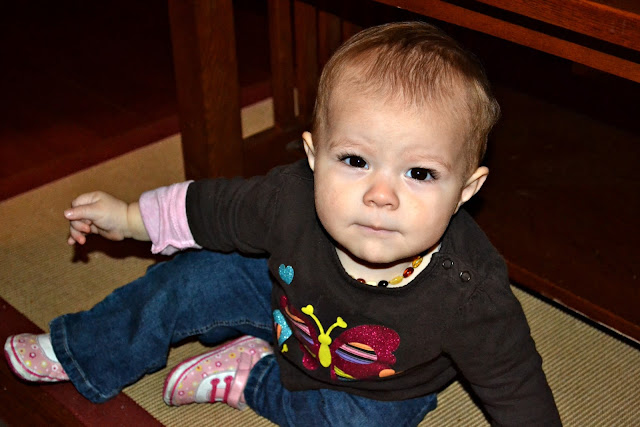 Julianne got to crawl around while we got things ready like mommy getting a candle on her smash cake. 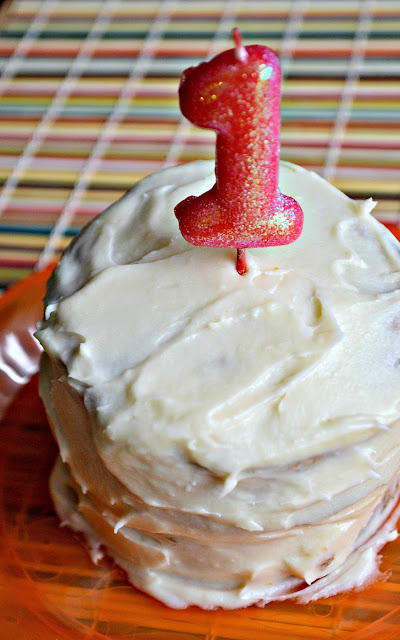 I finally settled on a pumpkin spice cake with a cream cheese frosting that I saw Emily post on her website, Daily Garnish. The cake was SO delicious and moist I was so sure that Julianne would love her little cake. 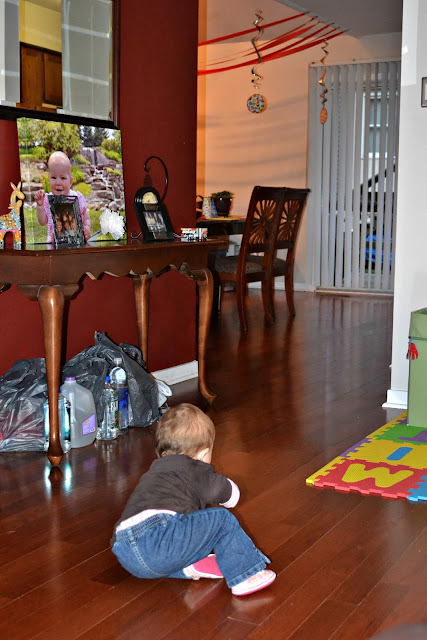 We called her into the dining room and prompted her in her high chair. We Skyped with her grandparents and aunts in Texas as she opened her gifts. She liked them but I believe that is all the strength she had. 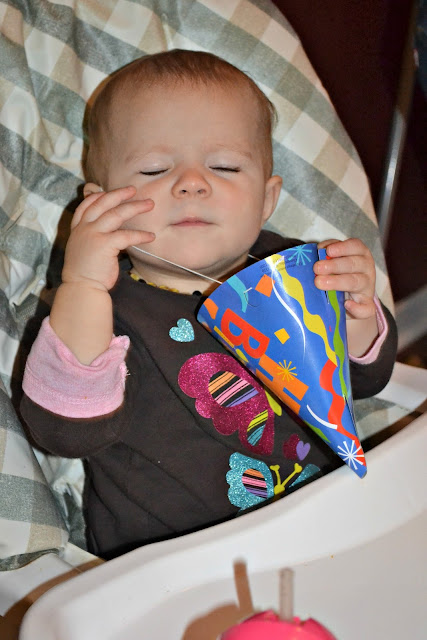 She started taking off her hat and well did not eat dinner too well. We handed her cake and she LOVED the candles are lit up but after we blew them up she was sad. She wanted to eat the candles. HAHAHA! Where are those pictures? Well, we realized we only have video and no pictures of us attempting or convincing her to dig into her cake. SHE WOULD NOT HAVE ANY AT ALL. She would not even taste the frosting.
I was so frustrated and it did not help that I was tired as well. I was a mess and took the whole thing personally. She started crying and only wanted to be on the floor playing with her toys. Cake eating was over, despite birthday singing, and birthday celebration was short-lived. 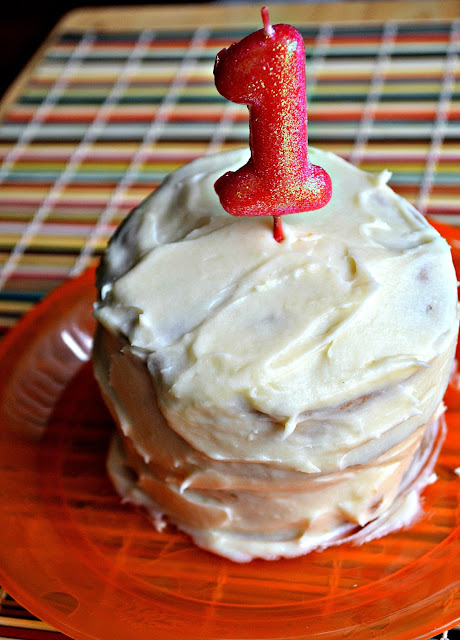 I realized there is next year and I will not be so tired and hormonal and weepy. She did not have a clue what was going on and well she will have the pictures to show that we celebrated. I was happy at least that the next day she had a piece of the cake and liked it for a  moment.
I thank God for having the opportunity and blessing to just have my Julianne. Cake or no cake that was not the focus of the day but it was about celebrating the gift that God gave us with life! It has been a beautiful year!!
Love you baby girl!!!