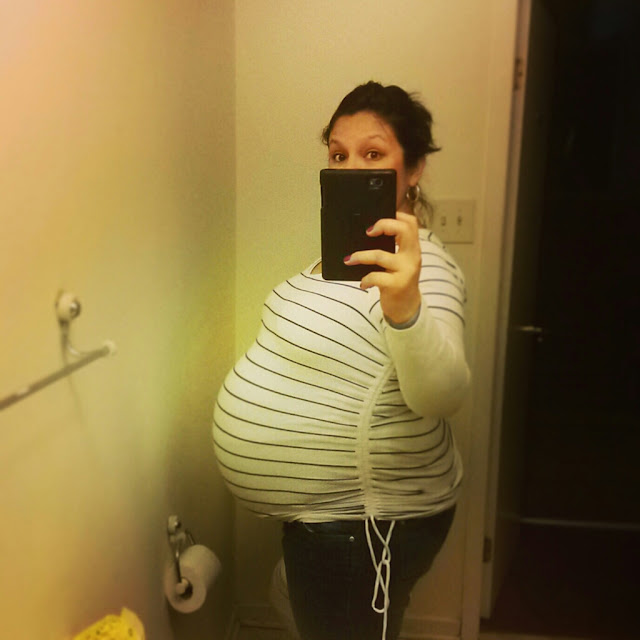 Today I had my weekly midwife appointment and after much debate it was finally agreed by the group that I was NOT 38 weeks pregnant but 39 1/2 weeks. I had kept in mind that I could be due anywhere between February 9th and 20th since I continued to get conflicting info.
Let me back up a little. I left Michigan 3 month pregnant with ONE ultrasound under my belt. When I finally found a place to have the baby the midwives and staff kept telling me different dates based on the info I had given. I definitely know I feel ready. I feel like this pregnancy has been a little bit more uncomfortable.
I knew and know I am not that cute pregnant gal. I already had a friend say it looked like I was carrying a toddler. Well, I have already been told that this baby might just be bigger than Julianne at birth.
When I got pregnant this second time around I was 30 pounds lighter than I was with Julianne. I was kind of mad I was pregnant cause I needed another 25 pounds to get to goal, which would have been another 6 months. God is in control and I cannot wait to get back into the weight loss groove. 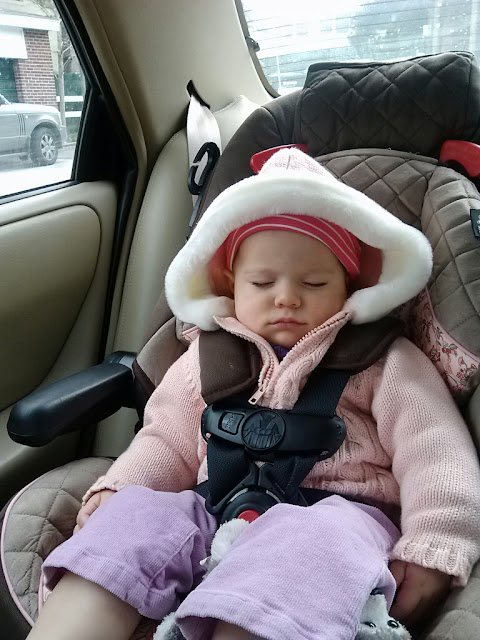 I know that I have not shared as much about this pregnancy as I did with Julianne but it has been different. My exercise routine has practically been non-existent and keeping up with a toddler whilst pregnant has been really challenging. It is totally doable but as the tummy has grown the stamina and energy has been crazy.
I have seen comments from different mothers having their second or third child while having other small children in their home and feeling bad for baby #1 not being #1 anymore. I have not felt guilty at all for Julianne even though I KNOW my attention will be divided. I know my girl is ready to have a friend. 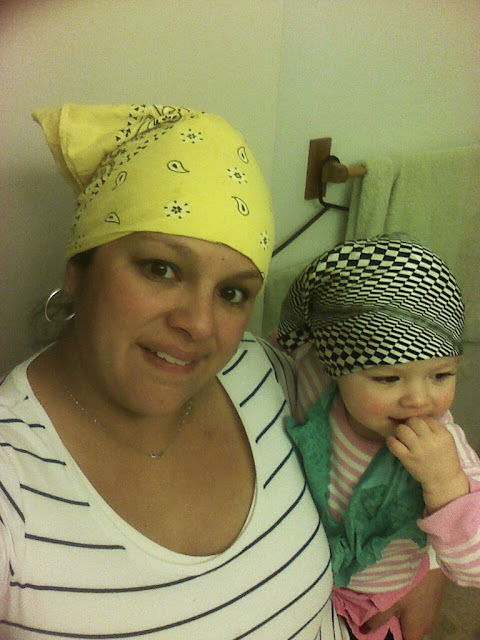 Julianne is 15 months old now and she has SUCH a personality. She waves at everyone and says hi and goodbye. She accepts hugs and pats on the head and squeals when she sees other kids, big or small. She really is such a happy girl and seems ready to have a sister. I am looking forward seeing her reaction. I have been praying for her!
Have I done anything special for her? I do not think any day requires anything special since she is no longer going to be an only child. I only make sure she gets quality time. We have fun and tickle and the newest thing we did the other day was play with handkerchiefs. I have always worn one when I feel inspired to clean house, but I no longer do it. I did it now just to have fun and especially since Julianne is loving wearing hats. She thought it was funny! 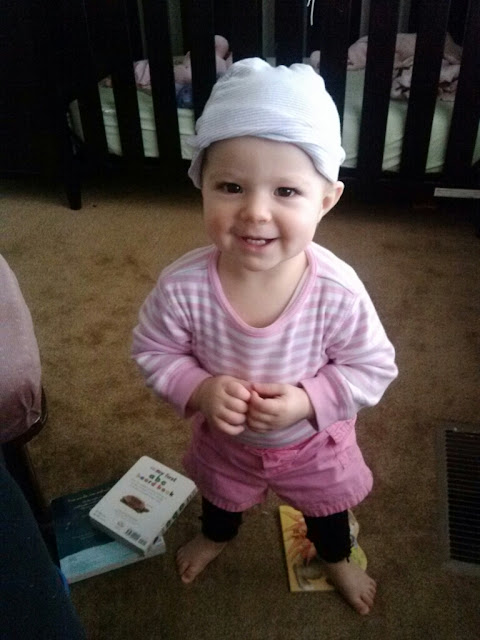 We wear hats in the morning and say “Yo, yo.” It is our ghetto language and she knows how to say it too. Hee hee. Is she not a cutie? 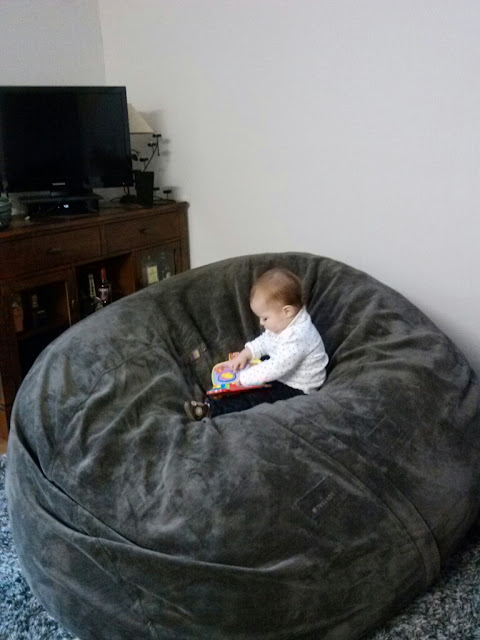 I love how she knows how to play independently but then there have been days where she has been clingy. Julianne’s new thing is scowling and saying “no” to everything. It is hilarious! Is this LoveSac not amazing? Random, I know. 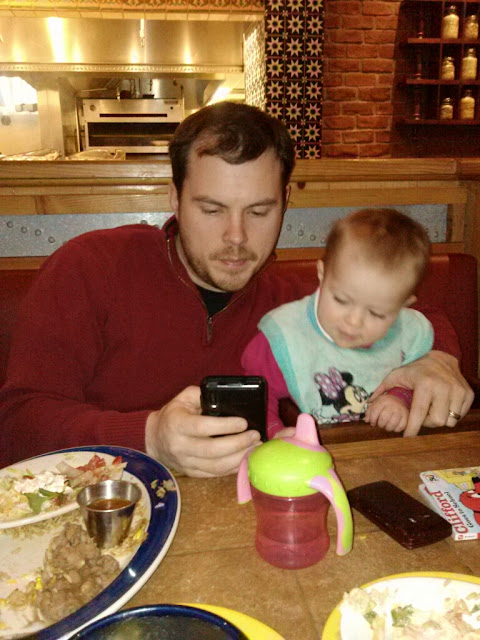 Something else we have been enjoying is eating out at least one week although I think I might be boycotting cooking from today and on. I actually have no desire for food even though I am hungry and then even though I eat, I get sick and lose all of it anyway.
I know this too shall pass, so I am taking one day at a time and even though I am not on maternity leave, I am trying to rest as much as possible. Stay tuned for any news! Thanks for bearing with me on my update. It has been a tough few weeks. Here’s hoping for some sleep.
Did you find that your subsequent pregnancies were harder, easier or just plain different?