Disclosure: This is a sponsored post in collaboration with Latina Bloggers Connect and MASECA.  All opinions are my own. 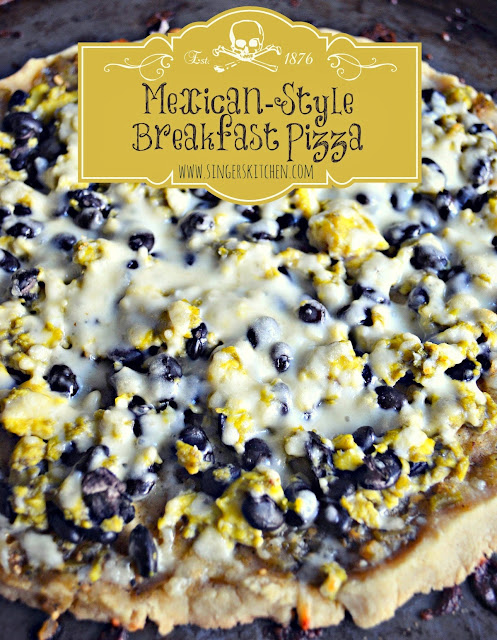 I hope everyone has taken extreme precautions to be safe during these last few days of snowfall. It is nice to see the sun finally shining this morning even if it IS cold and windy. It is finally winter and with Christmas around the corner traditions are quickly being created in our home. Even though we have kids 2 and under we really are noticing how much our toddler understands.We do not push our limits but we try new things all the time to see how much they understand.
One of the traditions we are noticing is being embraced really well is singing. Ryan had several music books filled with carols and pictures of baby Jesus and more! Here is a sample of what we have been learning:

I have also been attempting something new to keep music alive in our home by singing carols of my own!

Along with musical traditions we are creating other traditions. We love eating our meals together as MUCH as possible despite having kiddos waking up very hungry and demanding food. Ryan and I love making breakfast and while he surprises me with his breakfast creations, like his breakfast naan a few months ago, I like making my own surprises too. 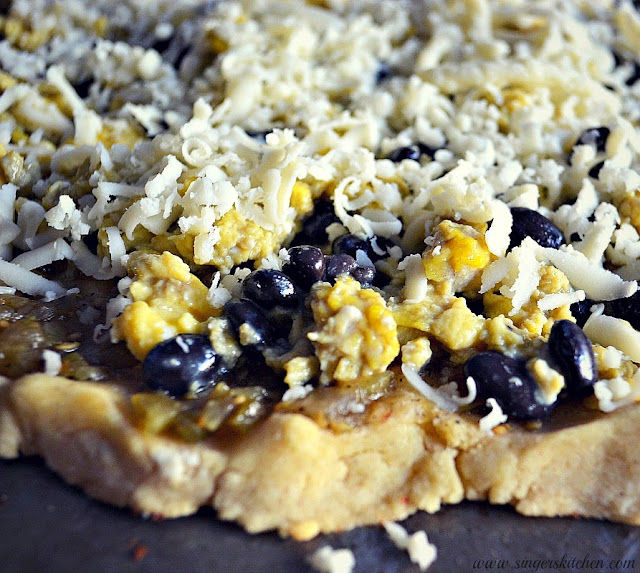 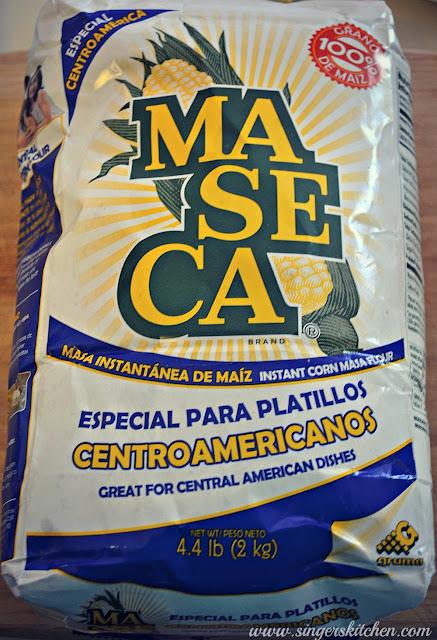 Several months ago I featured a Mexican dish using Maseca called Quick Black Bean and Veggie Sopes which ended up being a easy and gluten-free main meal option. The lovely fact about using Maseca, an instant corn masa flour, that it is a gluten-free food. The newest masa flour is called Maseca Centroamericana which is primarily used for Central American dishes.

While I could have made tamales or homemade tortillas, I simply do not have THAT much time in the mornings so I opted making a breakfast pizza using a masa base as the crust. If you look at the Mexican pizza it looked like a huge sope’, which I found amusing but it technically is a fabulous option for any pizza for gluten-free family and friends. 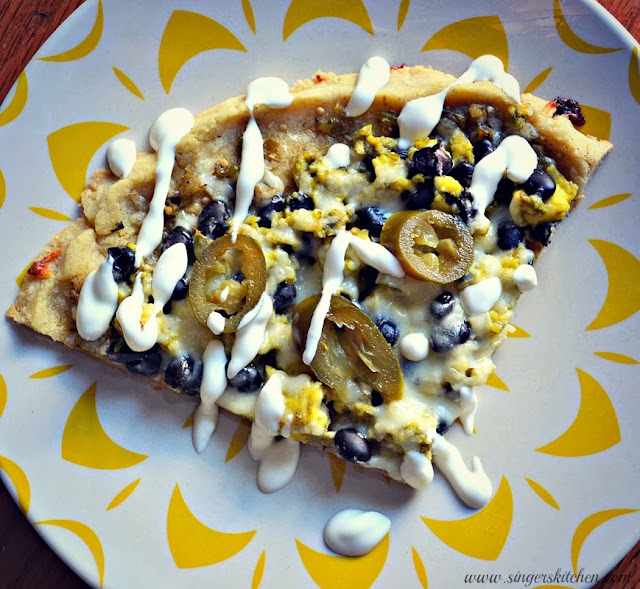 Even though I will be sharing a Mexican breakfast pizza you can use the base for any type of Mexican pizza or even a standard pizza. The masa takes a few minutes to prepare because all you need to do is add water and let sit for another few minutes. I quickly pre-baked the crust and then added my toppings and baked the pizza. Listo! The pizza was ready in 20-25 minutes. 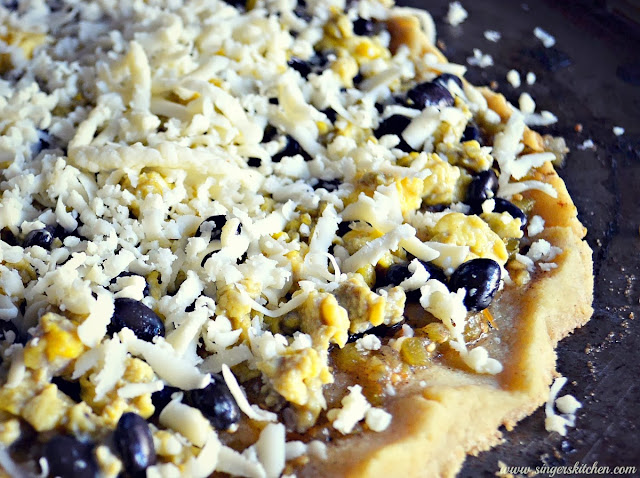 Here are a few other options you could place on your pizza for a lunch option:
Would you try making a corn masa pizza crust?

In a small bowl add the instant corn masa flour, salt, and water and mix until well combined. It should not be dry and if it crumbles it requires water. Add 1 Tablespoon at a time.
Preheat oven to 400 degrees Fahrenheit.
Divide the dough in half. Flatten one dough ball on a greased pizza pan until 9-inches wide. Brush the crust with 1 Tablespoon olive oil. Bake for 10 minutes.
Remove from oven and repeat baking process with second crust. Meanwhile scramble eggs.

In a small bowl, mix 4 eggs until scrambled. Add salt and pepper. Cook over medium heat until cooked and scrambled. Add the black beans to the eggs and mix well.

On each half-baked pizza crust add half of the salsa, then divide and spread the egg-black bean mixture evenly over the crust. Sprinkle with divided cheese. Sprinkle with a bit of oregano. Repeat process with the second crust.
Bake for another 10-15. Remove from oven and let cool for 5 minutes. Bake second pizza. Cut pizza in four slices. Serves 4 people.
Garnish with pickled Jalapeño slices and crema.
Powered by Recipage 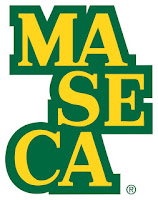