UPDATE: This recipe made it on Foodgawker and on Foodbuzz’s Top 9 out of 2,790 posts.


Can you tell I have been on a berry kick? I made these for party while in New Mexico and had fun doing them, despite not cooking and baking in my own kitchen.


Have you ever opened up your kitchen and let someone else cook for you? How did it feel? Our friends were nice enough to let me use their kitchen to add to the yummy dessert and appetizer party they had for their music colleagues. It was fun!


This recipe is so much of a keeper and so easy to whip up. You know one thing I like abuot vegan cupcakes? They do not require a ton of butter or sugar but are light and fluffy and easy to enjoy. Do you agree?


Speaking of raspberries, a friend at the music camp told us that he was going to send us great jam made in New Mexico because he usually sends some to our other friends. Lo and behold, I opened the mail yesterday and there was a bottle of delicious raspberry jam. Can’t wait to use it. Thanks Greg! I love getting food gifts in the mail. 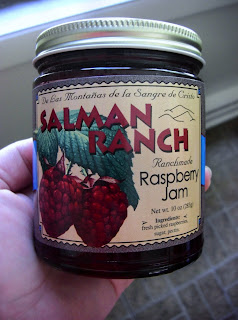 On another note, I wanted to share another wonderful place we experienced in Santa Fe called Kakawa Chocolate House. Here is a little about them: 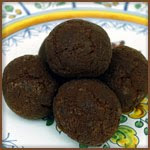 
So delicious y’all. Remember when Starbucks introduced a thick hot chocolate that was not popular and was pulled from their menu after 6-8 months? I do. Well, this place is better.


After a nice light dinner, this place is the PERFECT place to enjoy different types of hot chocolate or handmade truffles. Everything is practically dairy-free. Their chocolate elixirs are made with either almond or rice milk. Fanastic for a vegan right? Agreed. If you ever find yourself in the area, rememeber this place. I had a French elixir called the Marie Antoinette, which had orange blossom aftertastes with almonds. So creamy. Thank goodness they serve it in a  3.5 ounce cup.


In a food processor, blend raspberries. Press puree through a sieve to separate seeds from puree.


Preheat oven to 350 degrees Fahrenheit. Add cupcake liners to a muffin tone with a dozen spots plus a Pyrex muffin cup. In a medium bowl, mix soy milk and apple cider vinegar and let sit for 5 minutes for mixture to curdle.


Blend and mix 3 cups powdered sugar, shortening and raspberry puree with an immersion or hand mixer until well combined.


After cupcakes have cooled, cut the center of each baked cupcake. (Do not cut all the way down to the base of cupcake, just a little past the middle section) Add 1/2 tablespoon of icing in each center. Cover each cupcake with the cut out cupcake portion. There should not be too much a gap but should fit right into the cupcake.


Ice each cupcake with a knife or by slowly spooning icing of the top portion of cupcake.