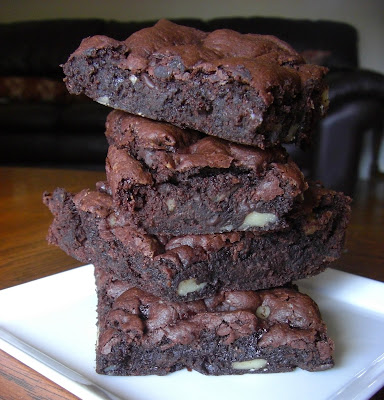 I do not usually post two dessert posts because I hardly make them, but I guess I was craving chocolate this past weekend. I think I mentioned a few days ago stating that I felt like making brownies from a cookbook but decided against it since it had way too much Earth Balance margarine and way too much sugar. My whole brownie craving turned around when I saw Angela’s post on August 27th. I truly felt like she had read my mind when I posted that I was craving healthy brownies. Her adaption of Ricki Heller’s recipe from Sweet Freedom was AMAZING!


Now if you take a look at the ingredient list you might be a little skeptical but I have to tell you that Ryan and I thought these were the best vegan brownies. I had tried others and not been successful. Here are some of the ingredients I used in addition to some maple syrup I recently received from Maple Syrup World that is based in Canada. It was probably the purest maple syrup I have tasted in a while and was a great addition to make this brownie naturally sweetened. Check out their site. 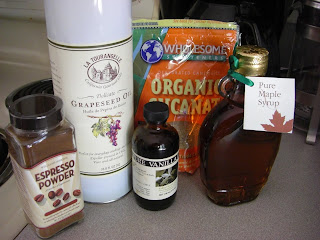 This was a super quick recipe to put together and only took 20-25 minutes to bake. 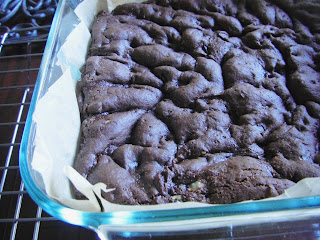 I decided to add Purely Decadent Mint Chip Coconut Ice Cream (made by Turtle Monutain) for the ultimate experience. 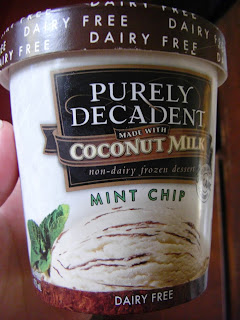 I would take adjust the sweetness for next time only because I have not been eating sweets. Even without the ice cream it was a tad bit too sweet. If you like dark chocolate this is the recipe for you. After these finished baking , there was a nice crust that formed on the top. It was a definite win and stays in my recipe box. Try them tonight! 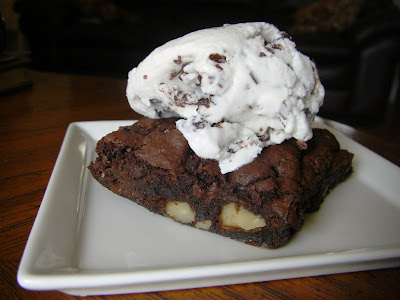 
adapted from Oh She Glows and Sweet Freedom


Preheat the oven to 350F. Line an 9×9 glass dish pan with parchment paper and set aside.

In a large bowl, gently smash the avocado with a fork or potato masher to break apart.  Add the Sucanat, maple syrup, oil, chia, vanilla extract, and espresso and mix until smooth.

In a medium sized bowl, sift together the spelt flour, cocoa, baking powder, baking soda, and salt. Slowly add the dry ingredients to the wet and mix by hand until just mixed. Stir in chocolate chips.

Spread the mixture onto the baking pan using a spatula. The batter will be VERY THICK so work with the batter until spread evenly in the pan. 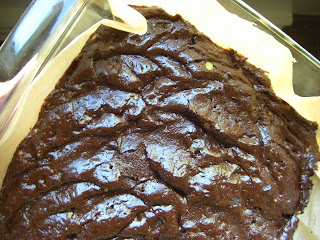 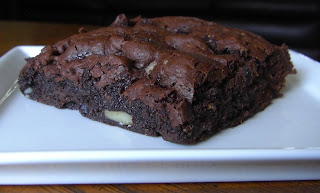