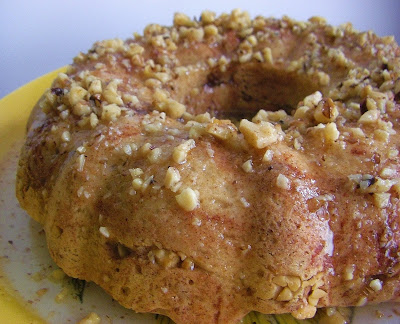 Thank you everyone for shopping and for visiting my blog over the past few days. As things get a little more sane over here, I slowly get back to baking, cooking, and LEARNING my aria for a competition NEXT Saturday. Yikes! Actually, after I finish cooking for 34 people for tomorrow’s LAST 3 hour rehearsal before Ryan’s recital on Sunday, THEN I will be able to focus on the next few things of importance.


As a break this week I was inspired by a wonderful recipe made by Allyson over at Manifest Vegan. She blogs all things vegan AND gluten-free since she was diagnosed last year. Even though I have not been told to completely eliminate all gluten, I have been focusing on eating less gluten. How about that? I do not actually think about think of fancy recipes but when I run across recipes such as this Cinnamon Donut Cake, then I jump at it.


I have not had a donut in 2 years and so when I hear and see such a delicious and healthy recipe then I simply MUST try it. Luckily my pantry was stocked with all the gluten-free flours so I jumped at making this recipe. It took 10 minutes to mix and to pour in my bundt cake pan and 55 minutes to bake. It felt super quick to make and bake people.


This cake was SO GOOD! I simply could not believe it was not ladened with fat. I followed the recipe exactly the same way EXCEPT that I added walnuts. I am a NUT girl and when I see something like this recipe, the nuts call out to me to be added.


The end result. It did taste a bit like a cake donut, but once I added the nuts it tasted more like a coffee cake. EITHER way, I thank Allyson for such a great recipe. I look forward making more gluten-free baked goods too.


I wrapped 7 slices and shared with friends at rehearsal last night and I got a good response. I only told one person it was vegan AND gluten-free. I already have someone who has asked me for the recipe too! Definitely enjoy with a cup of coffee or hot tea. The dessert is not overly sweet but simply PERFECT! Enjoy! 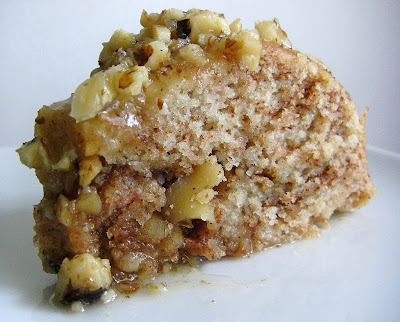 
Icing
1 tbsp coconut oil
1 cup confectioner’s sugar
3 tbsp non-dairy milk
1/4 cup walnuts, chopped
1 tbsp corn syrup (I left this out. I do not own a bottle at home)


Add flour mixture to sugar and olive oil gradually, alternating with the almond milk until all ingredients have been used. Your batter will be very sticky! Add vinegar, one tablespoon at a time. Fold in cinnamon. 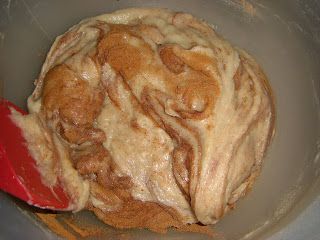 Spread half the batter batter evenly into prepared cake pan. Sprinkle 3/4 cup walnuts over batter. Spread the rest of the batter over the nuts. 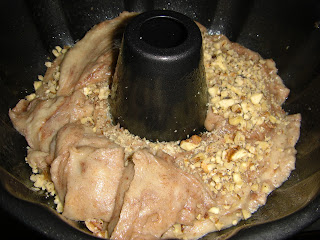 Bake at 325 degrees about 55 minutes, or until knife inserted in center comes out clean.


Let cake cool and make icing by combining all icing ingredients except nuts until very smooth. I melted the coconut oil in the microwave then added the rest of the ingredients and used an immersion to make it smooth. Add the nuts at the very end. Drizzle onto cake. Sprinkle with a touch more cinnamon.