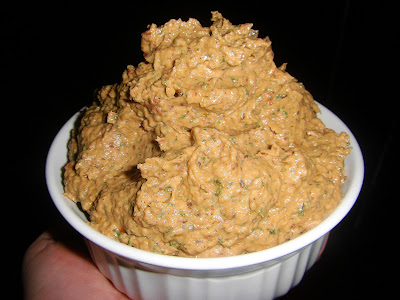 Do you remember that song from The Sound of Music, “So long, farewell, etc?” I sang it today, “I hurt, I love, my smoothie is taking care of me!” I am on day 4 of these GREEN Monster Smoothies and I have to say I have had so much energy I almost loopy. Combined with great daily workouts, I do not think I have felt this great EVEN when I was at my goal weight back in 2005.


Yesterday I warmed up my voice and worked on my 2 arias for a showcase on Sunday. This is the follow-up concert from the competition I won back in September. The finalists will be singing along with the 2 winners of the competition. If you have not gotten a chance to hear my winning piece, go to my Performances tab and select the first video. Here is a list of all the arias or songs being performed:

It is going to be a LONG program but I am looking forward performing. Since I have been exercising and lifting weights, I have felt an immense sense of control when it comes to my breathing. Singing opera requires correct breathing techniques. There are so many fluid lines that also require holding out notes for long periods of time. I am having such an EASIER time holding out high atmospheric notes it is not funny. Thanks to my voice teacher and all the techniques he has taught me, with correct technique and breathing, a singer can accomplish ANYTHING. 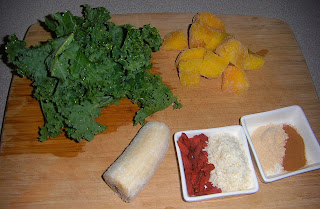 On that note (no pun intended), the power smoothie of the day was yet again a smashing success! My leafy kale paired with mango was really great. I let the blender do its job for 3 minutes and I had a smooth smoothie! 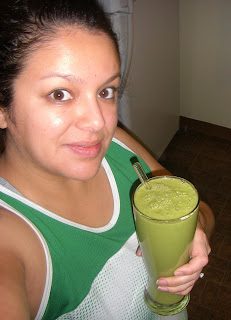 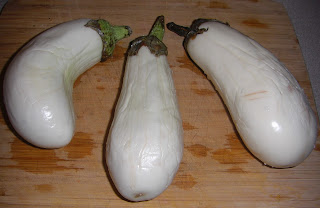 Yesterday was a catch-up evening so I kept dinner simple. I picked up 3 white eggplants from the market at 0.55 cents since it was nearing their time (even though they looked fine to me), and decided I needed to grill these babies up. I peeled them and sliced them 1/2 inch think and grilled them for 10-15 minutes or until they were soft and somewhat mushy. 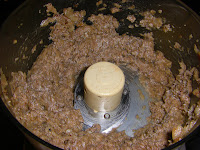 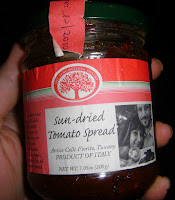 I place them in a food processor and decided to do a version of Baba Ganoush and savory eggplant dip served at Mediterranean restaurants. I used a Sun-dried Tomato Spread I have been trying to figure out how to use so I added it to the eggplant along with other ingredients. The spread has red pepper, onions, garlic, olive oil and sun-dried tomatoes so any of those ingredients can be easilt substituted if you do not have a sead like this. It was a convenience and perfect for this dip. This dip makes enough for snacks or lunches during the week.  Last night I only wanted to make a wrap for dinner so I was a happy camper when I took a bite of my new recipe! YUM! 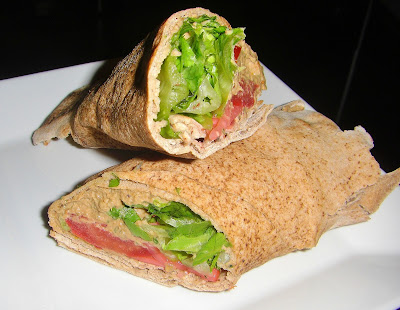 Tangy Eggplant Dip
makes 2 cups dip
3 small eggplants or 1 large globe eggplant, peeled and sliced 1/2 inch thick
3-5 Tablespoons Extra-virgin olive oil
1 1/2 teaspoons ground Himalayan pink salt crystals
1 1/2 Tablespoons Sun-dried Tomato Spread
2 Tablespoons raw Tahini paste
2 Tablespoons dried parsley or 4 Tbsp fresh chopped parsley
2 Tablespoons lemon juice
Heat a griddle or skillet with 1-2 Tablespoon olive oil (eggplant soaks up oil like crazy so be patient witht the grilling process). Add the eggplant slices and grill for 10 minutes, alternating sides until the eggplant is soft and grilled. Repeat process with the rest of the eggplant and olive oil.
Add grilled eggplant to a food processor and process until smooth. Add the rest of the ingredients and process until mixed well. Adjust salt if needed.
Warm up a pita on the grill and then spread 3-4 Tablespoons of the dip and add favorite veggies. I added shredded lettuce, tomatoes, pickled radishes, cucumbers, sprinkled some sumac and rolled it up and ate it! Have fun with creating NEW wraps! 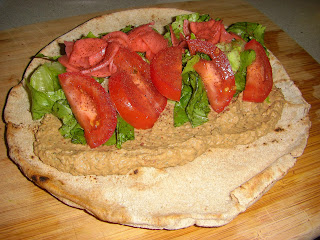