Thank to those who helped me make a decision on what to post today. As I prepare recipes for the e-book, other recipes are piling up that I would like to share with everyone.


This past weekend, I really did not feel like cooking since my cold had taken a hold  of my body. {Can you imagine that one?} I asked Ryan what he would like to eat and with a glimmer in his eye he told me he wanted BBQ Chicken Baked Potatoes.


Did I mention my husband is not vegan? So, yes, if you did not know I cook meat for him at least 3 to 4 times a week because he then will eat everything that I prepare the rest of the time that is vegan. I have a supportive husband and while I have not had perfect vegan or veganized dishes, he will eat what I prepare.


So as I nodded at his request for BBQ Chicken, he then asked me, “What are you going to eat?” I thought about BBQ Tofu in potatoes and somewhat cringed and then I remembered I had a $1 off coupon to try one Gardein product. I promptly went to Kroger and looked around. I know Gardein has been around but it takes me a while to warm up to packaged vegan meats despite the attractive packaging that Gardein has for each product. Having a coupon really helped me make up my decision since most of their products range from $3.99 to $5.69 from the stores I go to.


I quickly saw the BBQ Pulled Shreds and knew that that was the perfect thing for my Baked Potato dish. I really try to limit the amount of seitan that I eat so I knew this was the perfect time since it had been a while since I had eaten it. With the coupon, I paid $2.99! I could not wait to try it. While this product is NOT gluten-free, I know that it is vegan, so that is important. Here are the ingredients: 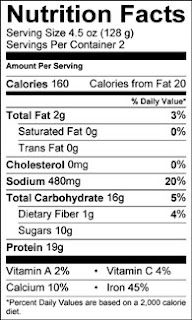 Ryan baked the potatoes and made a nice salad so that I could take a nap, since I had spent 3 hours running errands and buying groceries whilst being sick (not good). My husband is such a sweetie! He really makes the best salads and adds so many goodies. I woke up and it was nearly time for the potatoes to be ready. I quickly warmed up the BBQ Chicken and the BBQ Pulled Shreds and took out some Earth Balance and Daiya Cheese. This meal was SO GOOD! I have not had BBQ Baked Potatoes since Texas and I was quite satisfied! The great thing about this Gardein product is that it is low in calories and high in protein. Rub each potato with olive oil and rub kosher salt over the poato. Place the potatoes directly on the middle rack and a pan under that rack in order to catch drippings. Cook for an hour and 10 minutes or until a fork goes through the potato easily.

Heat BBQ Pulled Shreds according to packaged directions. Slice each potato lengthwise and add Earth Balance and 1/4 cup Daiya shreds. Add optional toppings if wanted and then add half the BBQ shreds.

The potatoes really do not need salt because the skins are salted and give the even seasoning, but salt your potato if you need it. Enjoy!

By the way! Remember this Electric Green Cocktail? It is MSU-inspired and part of a CONTEST. Please vote for me. Polls open until Feb. 15th! Thanks everyone! http://marxfood.com/szechuan-button-cocktail-recipes/