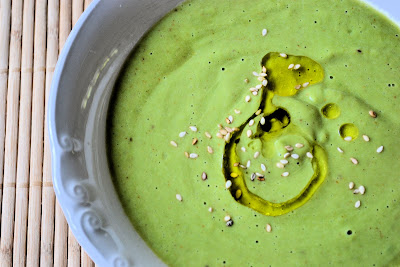 I have been back for 6 days and am roughly getting back in the groove of things. WOW, it sure has been difficult with jet lag this time around which I would attribute to being pregnant but Ryan has had a hard time too! I read that begin dehydrated during long plane flights contribute to bad jet lag but I know I drank plenty of liquids and walked around several times during our long plane trips.


We have really tried to take naps during the days and to extend our bed times to our normal times, but 6 or 7pm would roll around and we would be snoozing on the couch! Not good. I think returning to rainy and cold weather in Michigan also contributed to feeling a little more on the tired side. This past weekend turned out to be very warm and inviting with the lovely sunshine so I think the Vitamin D helped.


I am going to be working a little backwards as I update you on all that has happened since returning from Germany. Our trip was amazing and LONG but very enjoyable. We are glad to be home for the rest of the summer. A day after returning from our trip I had my 22 week appointment and ultrasound. All my readings were great and the baby is healthy, thanks to God! Here is a picture. We are having a BABY GIRL friends!!!! We are so excited to know, even though we did not care what the Lord provided, although I think we had more boy names picked out. (Whoops!) 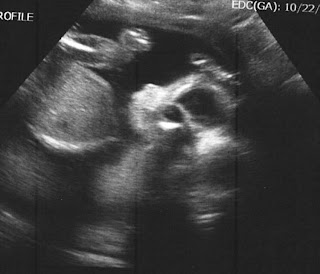 Is this not precious? My placenta is in the perfect place and the measurements on the baby are great. I feel really blessed. I just could not believe that I have a human being in me! The nurse told me she was very feisty and that she was a mover. She definitely has been moving a lot lately especially the time we were in Germany. 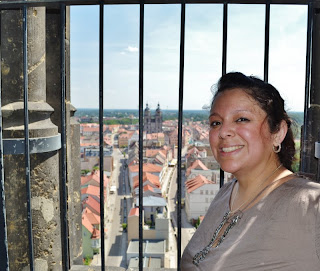 How was it being in the 2nd trimester and traveling? Well, I had read that the 2nd trimester was the perfect time to travel, but I have to say that I still got VERY tired. This is not my 1st time to travel in Europe, so I knew I had to pack good walking shoes. Well, THAT did not matter. I feel the weight of another being in me and changes caused me to more tired. We did not take more breaks but we traveled as though I was not pregnant. We walked ALOT but we did make sure to take buses and the subway to make our travel shorter. 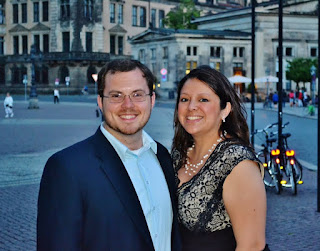 I also felt whiney. I got frustrated that I was tried so much, but here’s the deal. It was really difficult finding places that sold water. We would have to go into restaurants to buy bottles water that was SO expensive. We would try to locate grocery stores to stock up on cheap water bottles but even that was hard. I KNOW that if had been better hydrated I probably would have felt better. It was frustrating for me. I only got morning sickness twice and it was due to temperature changes.


How about food choices? I expressed to some that my plan was to visit some vegan restaurants but it just was not feasible with our schedule and how we were traveling. We had to make the most of it and we went on Rick Steeve’s recommendations when it came to eateries. Most of the places we stayed had breakfast provided, so we had our morning coffee and bakes goods with eggs, cold cuts and cheese. That would hold us up but when breakfast was not provided it was hard to find breakfast places that did not JUST serve sausage. Blech! Who eats sausages or brats at 7am? It is definitely another diet. 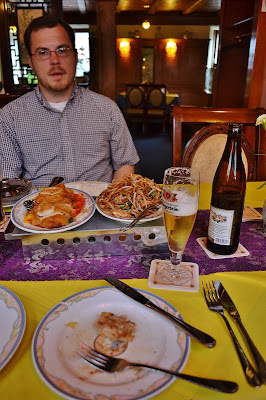 When we wanted a break from German cuisine we ate at Italian restaurants or Asian food. We ate a DELICIOUS Italian place in Munich, where I would communicate with the serve in broken Italian and German (so confusing, mentally but funny), where we got the freshest food. We felt like we were in Italy. I am sorry but I think I could have JUST eaten Italian the whole time while in Germany. 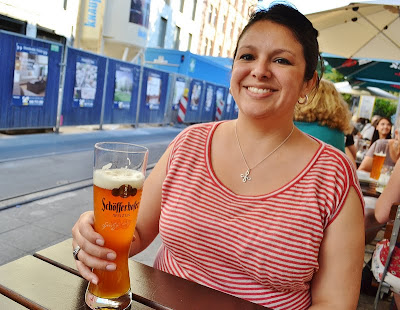 It was hard enough to stay away from salads despite places placing signs assuring us that their products were not from up north. Who KNEW? There were doner kebab places that loaded their sandwiches with tomatoes, lettuce and all the raw veggies that looked so good, but that we had to ignore because we wanted to stay safe. We certainly did have our share of potatoes.


I have returned home and enjoyed lots of veggies, salads, fruits, and BEANS! Yum. 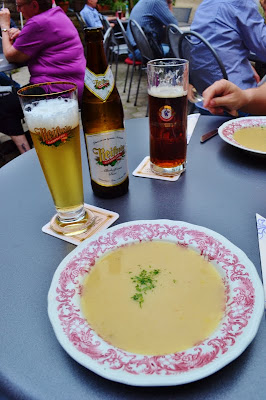 One of the meals we enjoyed while in Rottenberg was a white asparagus soup. It was really lovely and Ryan told me it would be nice to have this at home. Well, I did not buy white asparagus but I bought green asparagus upon returning to the states. It was so quick to make and it turned out to be thick, creamy and almost frothy! Hope you like it! 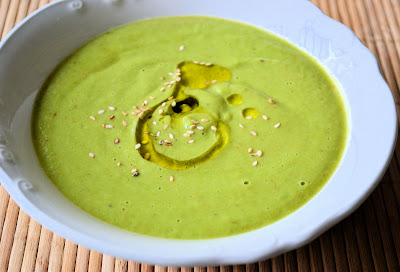 Thick and Creamy Asparagus Soup
serves 2
2 cups of asparagus stems and tips
2 Tablespoons olive oil
2 small white onions (1 cup)
4 garlic cloves, minced
1 teaspoon Old Bay seasoning
(or 1/2 tsp celery salt, 1/4 tsp black pepper, 1/4 tsp paprika)
1/4 teaspoon black pepper
1/2 vegan bouillon cube (Rapanzel brand)
1 cup So Delicious Original Coconut Milk
1/2 cup water
Heat olive oil in a medium sauce pan and saute’ asparagus and onions for 5-7 minutes on medium heat. Add garlic and spices and cook for another 3 minutes. Add the veggies and the rest of the ingredients to a blender and blend until smooth, for about 3 minutes.
Add soup to a pot and warm on low until ready to serve. Drizzle with olive oil and sesame seeds.
Optional: You could also just add all ingredients to Vitamix and blend for 5 minutes or until the blender slightly warms the soup. I wanted to saute’ the ingredients before so that was my option.