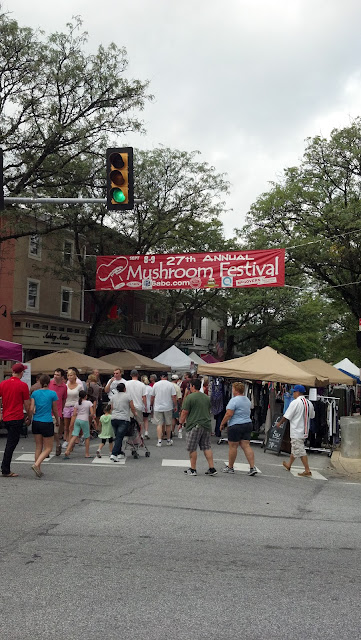 Yay for a new week! Yes, I am excited even though I wanted the weekend to last forever. We enjoyed our first Pennsylvania festival in Kennett Square, a place known as the mushroom capitol of the world. They have more mushroom growing operations than anywhere else which is pretty boggling to realize.
I was happy to find out that Travelocity voted The Mushroom Festival as “one of the top 10 festivals in Pennsylvania. They are also featured on the Food Network’s All American Festival show.”
How cool is that? We were so glad we went! 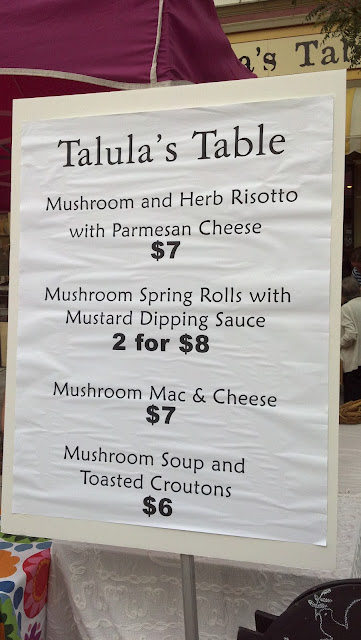 We arrived 30 minutes after the festival started so even so there were a lot of people. We wanted to arrive early because there was a huge storm in store for the are later in the afternoon plus we have Julianne and we figured we could just take advantage of the time.
The festival ran through the downtown and most storefront restaurants had booths set up for lunch, even if lunch meant brunch or early lunch. Here are some sample menus: 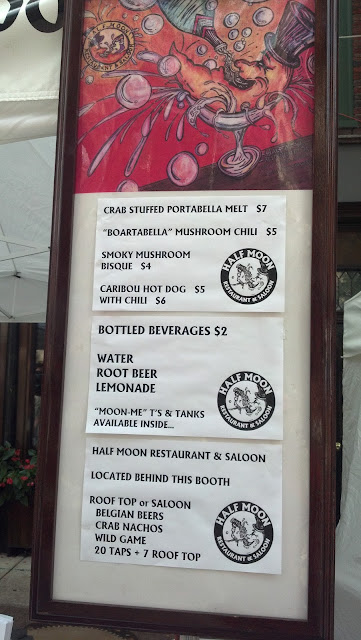 Of course these places had mushroom-themed dishes while there were also non-mushroom-themed food. There always has to be some festival food available for those who just do not like mushrooms. 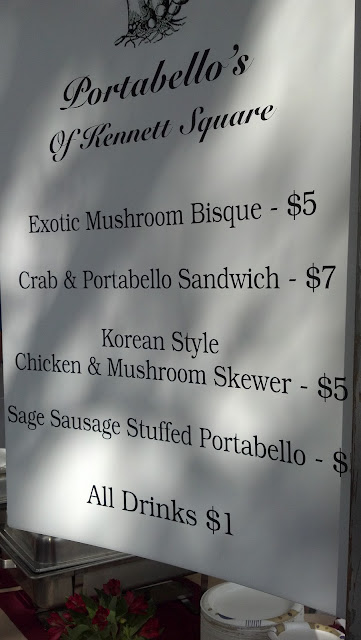 Don’t these menu items look simply delicious? I will show you what we chose a little later. 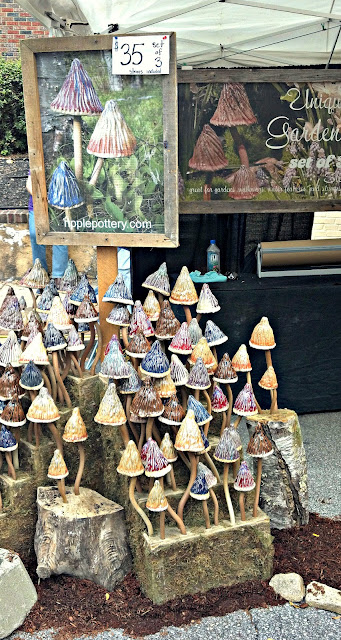 There were art and pottery booths featuring mushrooms. I thought this was the most unique booth. Looks a little like something out of Lord of the Rings, no? 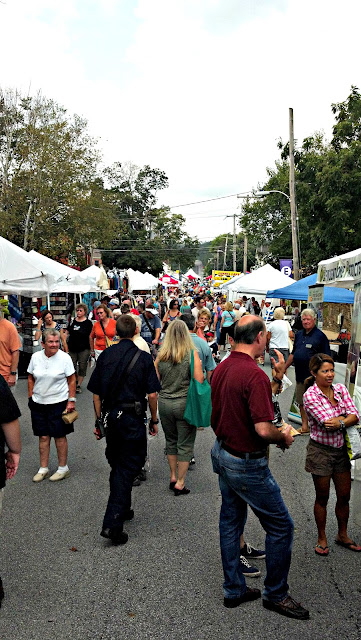 It turned out to be a very hot day even if hot meant high 80s. It felt like 90s with the humidity. I am so glad we brought our own water too. The crowds kept on growing and growing too! There were lots of families and lots of excitement. 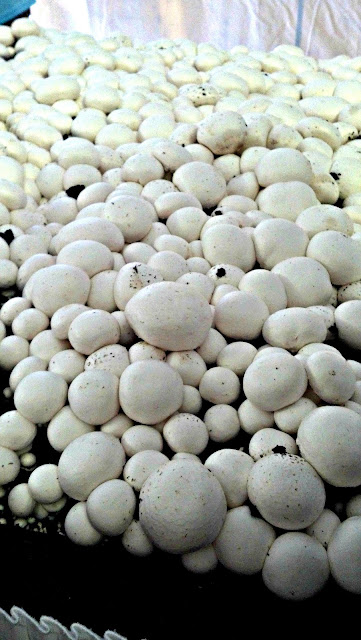 We visited one of the demonstration tents where farmers explained how the mushrooms were grown and the types of mushrooms that were available. I have always loved mushrooms but somehow after seeing the process, fungus surely  stuck in my mind.
I think I rather keep the picture of packaged mushrooms in grocery stores in mind form now on or maybe it is the fact that I am pregnant that made me a bit squeamish, yes, let’s go with that. 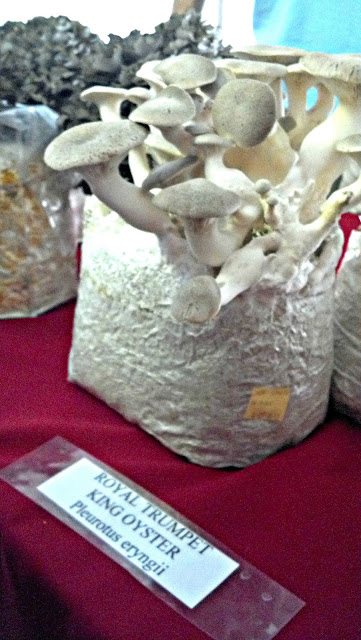 King Oyster mushrooms. YUM! So beautiful and magnificent at the same time. I believe I have used this in a mushroom soup. 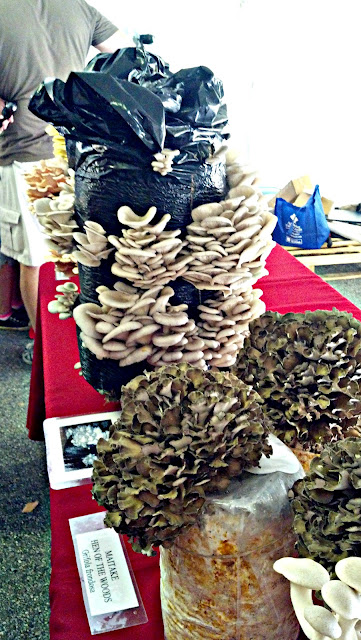 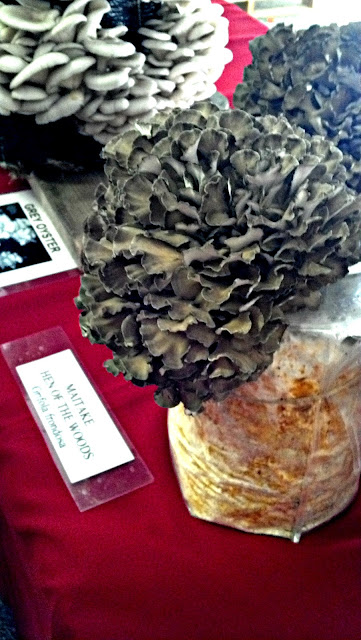 Anyone ever had Hen of the Woods, or Maitake mushrooms? I do not believe we had but we sure did have them in a dish. They look so cool. 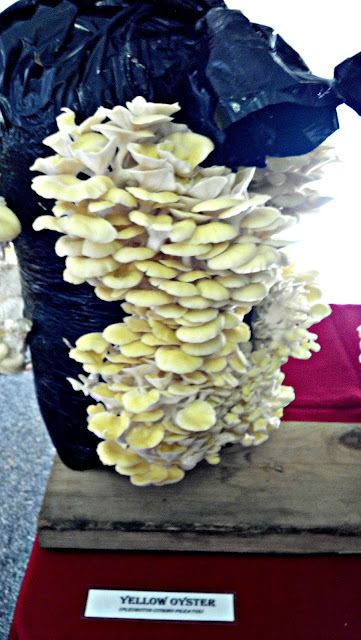 Yellow Oyster mushrooms look like they should be growing on the side of a tree. 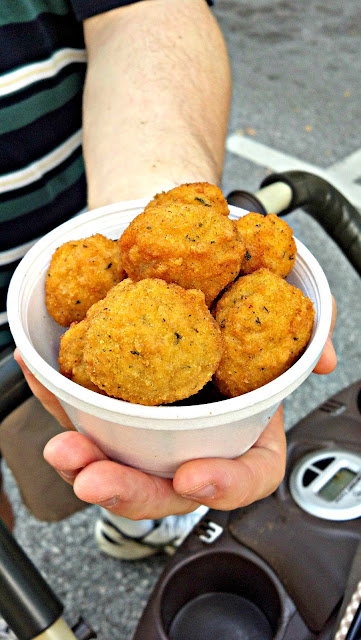 Let’s get down to the eating portion of this post. You knew it was coming right? We, of course, had to try fried mushrooms so we split a bowl of button mushrooms. They had jalapeno and cheese poppers but we decided to go with the normal ones. They were so good and crispy. 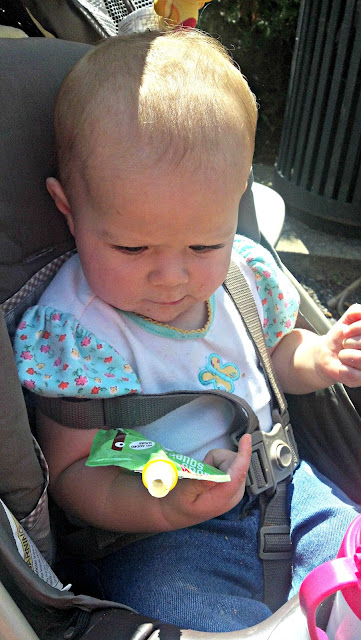 Julianne wondered why she only got an applesauce pouch for lunch. She felt jipped let me tell you. 🙂 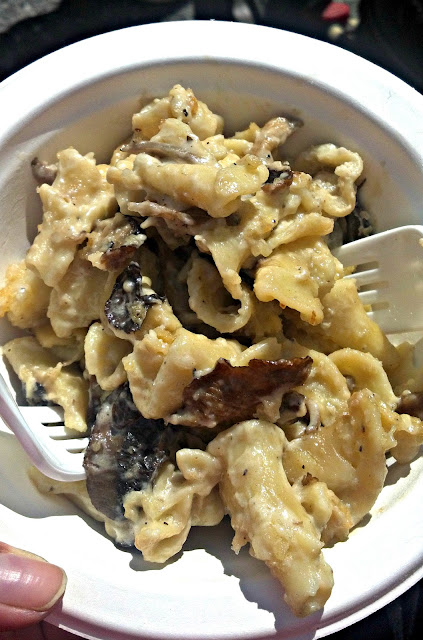 Ryan and I split a mushroom mac n’ cheese that was SOOOOOO good. This is the dish that had the Maitake mushrooms as well as some Shitake mushrooms. SO have to make a recipe at home.
We also had a Mushroom Spring Roll but the picture came out crappy and it turned out to be either too salty or weird tasting. 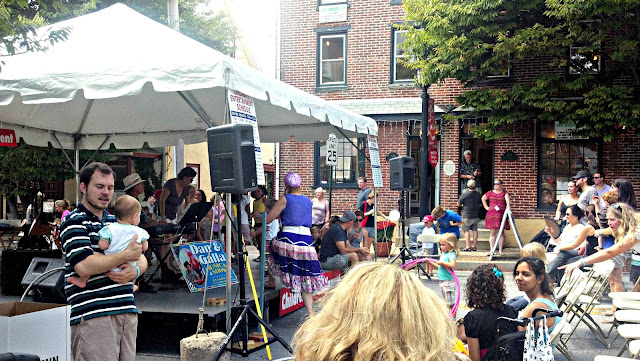 We headed to the children’s area where Julianne could see some fun action, like the limbo! She actually got excited to see the juggler! It was so cute. 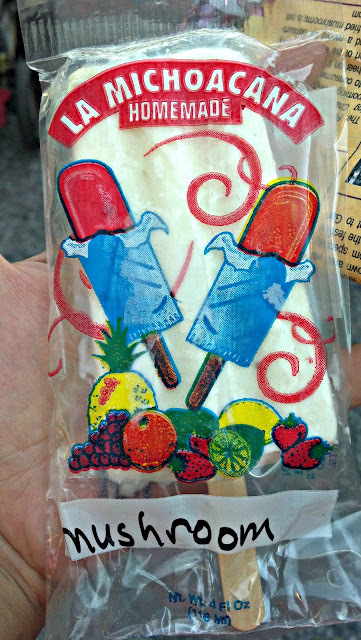 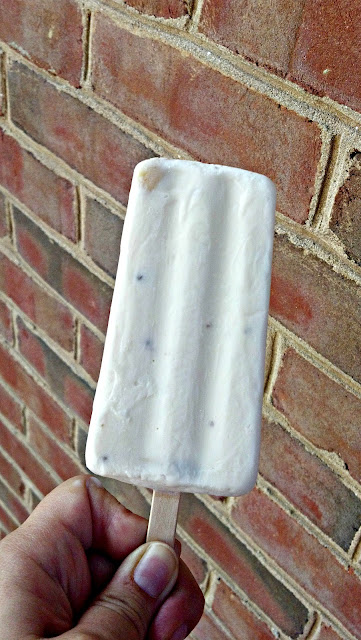 You know, it was strange at first but then it grew on me and I ended up eating the whole popsicle. Ryan had a bite and called it quits. It tasted quite unique for sure! 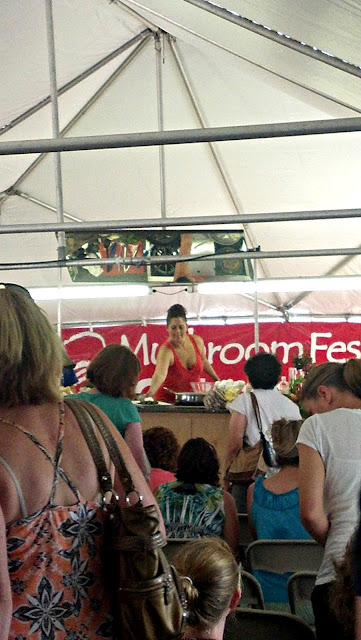 Another exciting opportunity we had was to watch a cooking demonstration by Antonia Lofaso. I had heard of her when she competed in the Top Chef series but I never got to watch it because we did not have cable. It was pretty neat seeing her prepare a warm salad with an assortment of mushrooms. It was also neat seeing her poach an egg in water. I really have to attempt doing that someday. 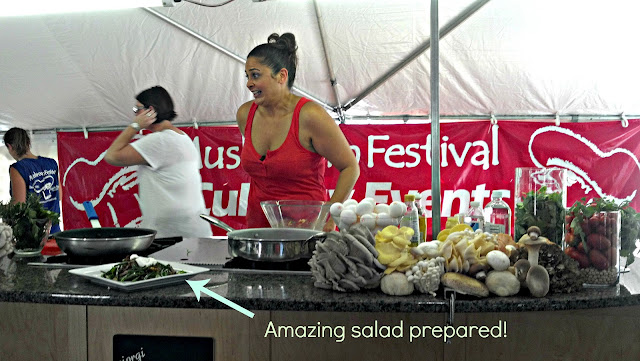 We did not get to sample the salad but I knew I had to prepare it at home. I probably could not have eaten another bite after all the goodies we had.
My body probably could not take anymore too because a present that the festival left with me was a gift of hives. Yes, I broke out in hives on both legs after leaving the festival. Not quite sure if it was the heat after 3 hours of walking and perusing the streets or the mushrooms, all I know is that my pregnant body did not like something.
Darn hormones.
Ever gone to a fabulous festival?
Don’t forget to enter the Whole Grains giveaway. Today is the last day to enter. Winner is announced tomorrow.