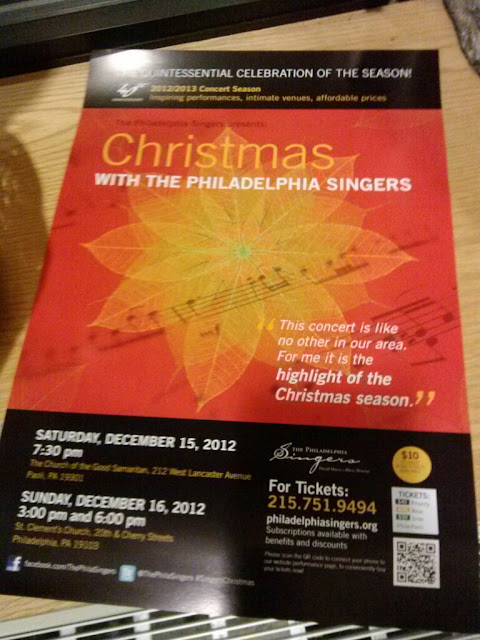 Last month, Ryan and I had the awesome opportunity to continue to envelope ourselves in the Christmas spirit with a performance given by The Philadelphia Singers. We found out about this wonderful professional ensemble that pretty much has a wonderful 1012-2013 season. They are currently celebrating their 40th anniversary and the director, David Hayes, is also celebrating his 20th anniversary with the group. 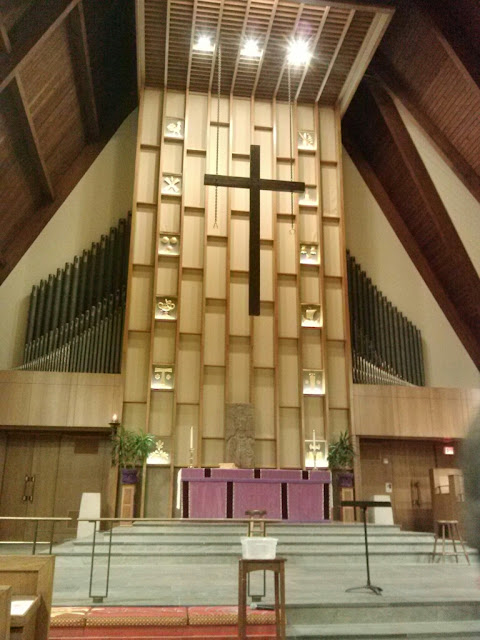 The Christmas program was delightful! It was not help anywhere near downtown Philly but was conveniently held at the Church of the Good Samaritan in Paoli, not to far from where we live. This was perfect for a couple with a baby. 🙂 Perfect for any emergencies with a babysitter too!
This ensemble started in 32-voice ensemble in 1972 as a professional chamber chorus performing contemporary works and choral masterpieces. As each decade passed, the ensemble started performing music from different eras. From Renaissance to baroque to more contemporary works with world premieres. 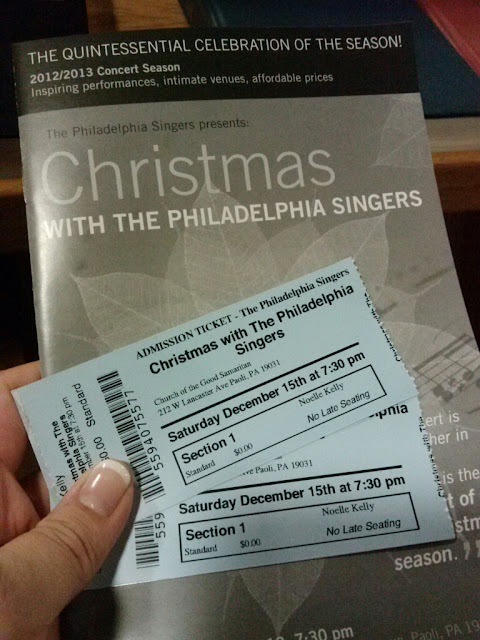 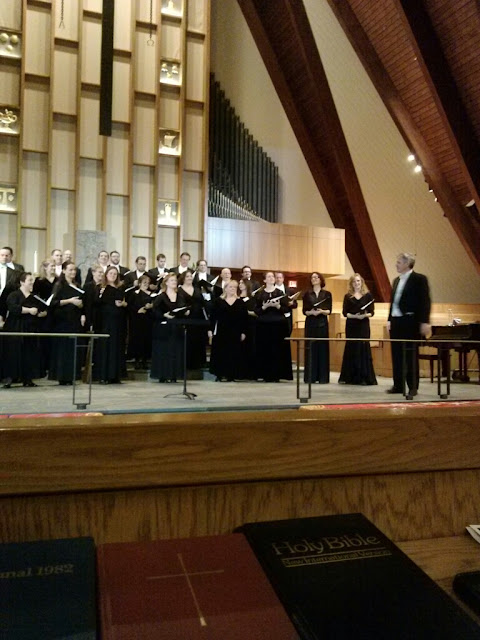 At this December concert, the first piece started out with the group split in half and one group singing in front of the church and the other in the back of the church. The piece was truly effective. At the end of that piece, the ensemble from the back processed in and they came together and performed the rest of the program in the front.
The blend of the group was truly beautiful and very controlled. It was finally nice to hear a professional group in the area that had a great sound. I only say this because I am currently on hold with performing and getting ready for a baby, but I truly miss singing in an ensemble like The Philadelphia Singers. Reminds me of our group in Holland, MI. 🙂 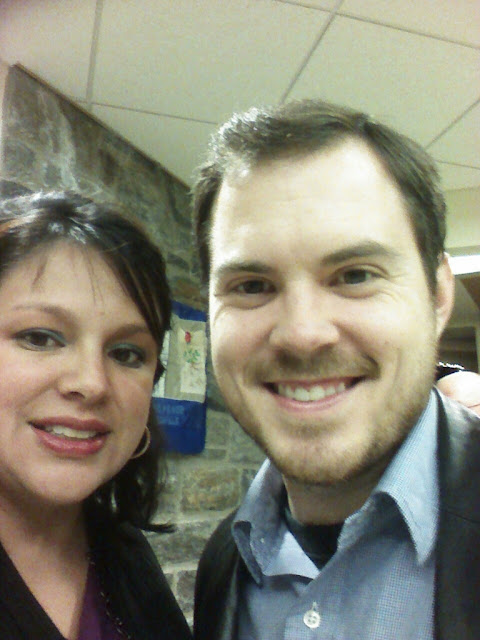 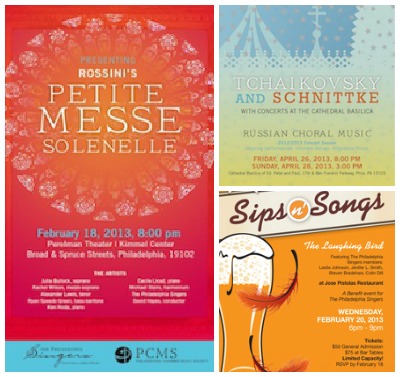 After the performance was over we enjoyed a late night dinner. Well, somewhat. Even though I try not to eat late it is was inevitable in this case. We visited Great American Pub in Paoli. I had been there with my mother-in-law and sisters-in-law back in August when they helped us move in but I had been wanting to bring Ryan. 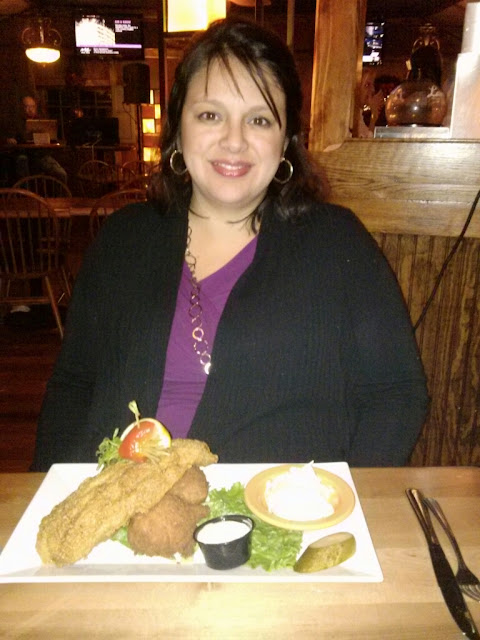 I had their fish and hush puppies, made with fresh haddock and their house-made tartar sauce. It was HUGE!! If I had known it was so big I would have convinced Ryan to share it with me. Probably not since he felt like eating a burger. He loved his choice as did I and we agreed we would have to come again especially since the pub had karaoke night. It was a tad bit loud. 🙂 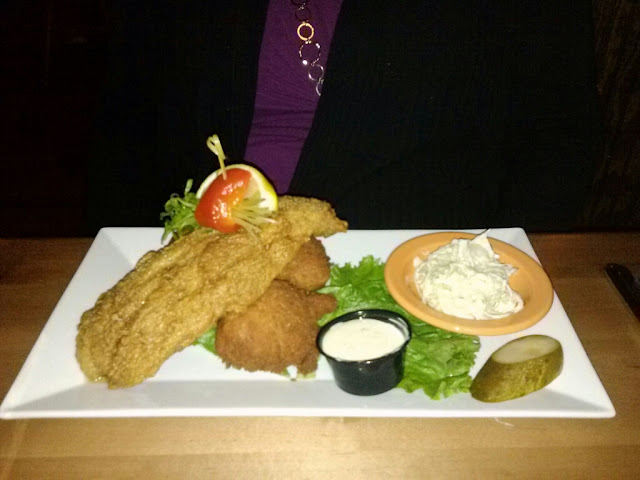 Even though I did not finish my dinner, I knew I had to try their apple crisp. Ryan and I shared a small ramekin piled high with ice cream and all this goodness you see. It was a nice warm crisp with cold ice cream. YUM! It was definitely a treat. We look forward trying this place again since they have SO many options for a pub. Check out their menu. 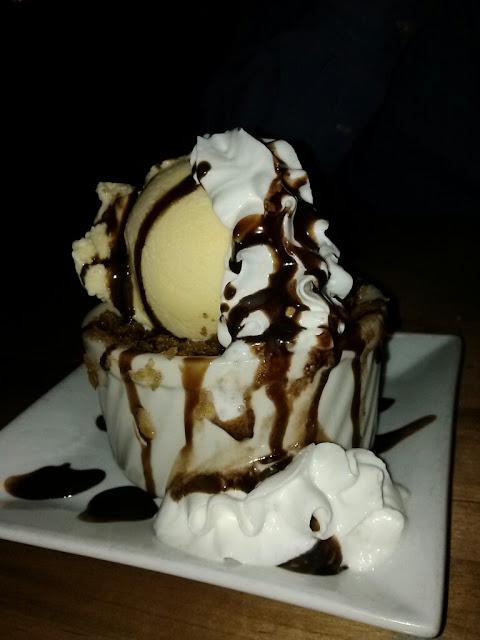 Have you heard of The Philadelphia Singers?