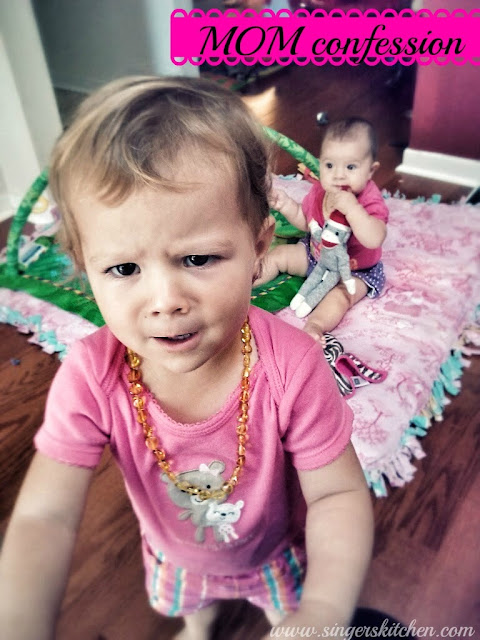 Have you ever done something you were not proud of as a new mom? I consider myself to still be a new mother because I have two girls under the age of 2. Yep. Just as I was learning the ropes with my first daughter, I find out I am pregnant with my second baby. Wow.

When I have people constantly ask me how far apart in age they are I get comments like these:

and so on and so forth. I am even more surprised when I get them from moms with kids almost just a few more months than my girls. I keep hearing from experienced moms that having them all close in age gets the hard part out of the way within the first part of your life. Should I start planning for my third? I can barely keep up with my two girls and that is with God’s daily help.

The most recent challenge for me personally is going to sleep early so I can get up early. I am SUCH a night person and not a morning person but when I do go to sleep early then, of course, feel fantastic and feel like I can conquer the world and my children. 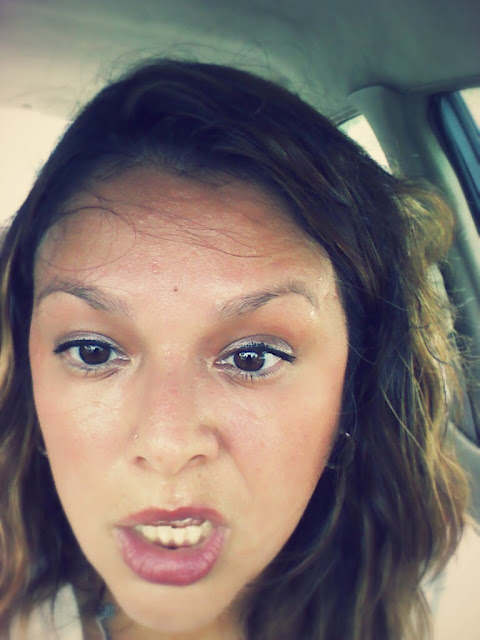 On the bad days I can remember I really just did not care how messy my house got. I was tired of running behind my toddler but I really cannot remember a bad moment with my children other than the times we are in the car. My toddler who will be turning two in November is now a big talker but sometimes it is repetitive and so annoying! “I want! I want! I want!” Somehow telling her that she had to wait did not make things go better so she would start throwing a tantrum in her booster yelling like a banshee which then made her younger sister start crying. 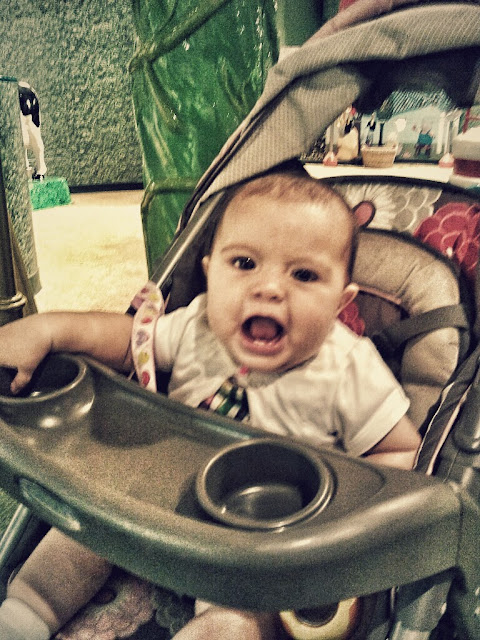 Ha ha. This was not even the beginning of the day but in the early afternoon after I had been a super patient mom. I just wanted to transport to Starship Enterprise for a break so what did I do? I tried ignoring the screaming by revving up the volume on the classical station. Did the orchestra calm down the kids? NO, of course not! It just made my toddler angrier. Sigh. How about a little higher? I just wanted to prance in a meadow alone. So there you go. That has possibly been the worst thing I have done in order to ignore my kids screaming. Hopefully that will not traumatize anyone but I know that some days are just going to be like that.

Which brings me to this point. Are you one of those parents that watch prime television focusing on families? I do not usually because sometimes just living in your daily life is just enough, but if it is comical enough, I could see myself watching one. It is just funny that sometimes I feel like I am in my own sitcom except God is the only one watching. Ahhhhh! 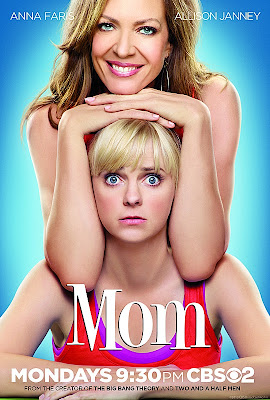 CBS is coming out with a new show called MOM which premieres September 23rd at 9:30 ET/8:30 CT. Here is a little synopsis of the show:

MOM is a comedy from executive producer Chuck Lorre starring Anna Faris as a newly sober single mom raising two children in a world full of temptations and pitfalls, and multiple Emmy Award winner Allison Janney as her critical, estranged mother. Christy is a waitress at a posh Napa Valley establishment who is four months clean and doing her best to be a good mom and overcome a history of questionable choices. Her sobriety is tested when her recovering alcoholic mom Bonnie reappears, chock-full of passive-aggressive insights into Christy’s many mistakes.Bonnie joins Christy’s already complicated circle of relationships: her handsome, married boss – and lover – Gabriel; the restaurant’s hot-tempered chef, Rudy; her pretty, 16-going-on-25-year old
daughter, Violet; her sweet but overly honest son, Roscoe; her irresponsible ex and Roscoe’s father, Baxter; and Violet’s clueless boyfriend, Luke. Christy tries to remain positive as she pursues her new path in life, but she faces an uphill battle, surrounded by a dubious support system – and a copious amount of dysfunction.
Here is a preview of the show too!

Do you think you will watch? It is very humorous so we’ll see!

DISCLOSURE:This post was sponsored by the Role Mommy Writer’s Network, all opinions are my own.