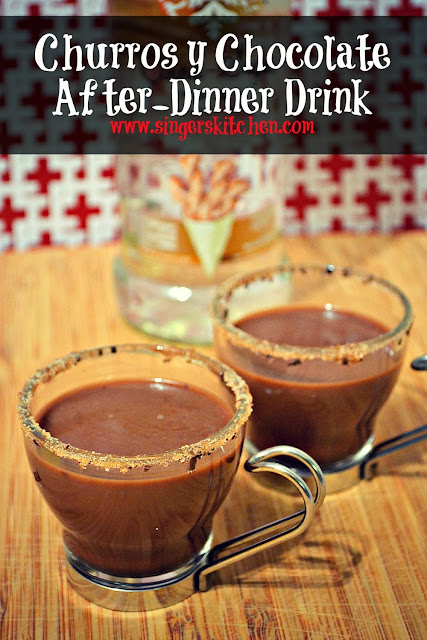 In the last month, I have been craving the chocolate and cinnamon flavors together. I have been making my own hot drinks and ordering different non-menu drinks at Starbucks. When I was asked to create a recipe using one of Smirnoff’s NEW flavored vodka, I knew I had to continue with that craving. 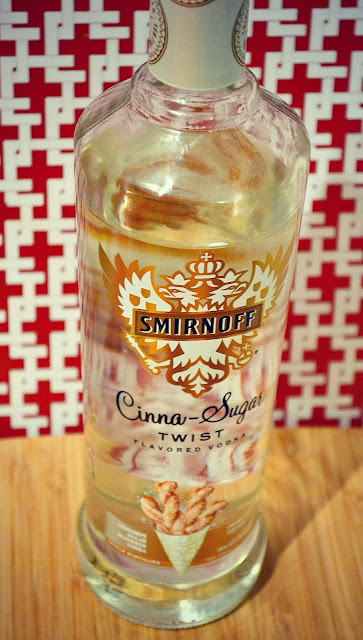 Smirnoff recently launched TWO new flavored vodkas called Cinna-Sugar Twist and Wild Honey. I have always just tried straight up liquor so flavored liquor was new to me. I was so glad to receive one bottle of the Cinna-Sugar Twist vodka because I knew that I would come up with the recipe I have been wanting to make. This vodka was flavorful and I could taste the cinnamon with each little sip it was fragrant with the said twist.
I would definitely make this for a themed party with Spanish food. When I went to Spain a few years back with my sister and mom, we would make frequent stops at cafes, eating churros and decadent and thick hot chocolate. Do you know what are churros? These are typically known as a Spanish doughnut but much more gourmet. They are covered in a cinnamon sugar powder and dipped in a thick hot chocolate or served with a cafe’ con leche. Yes, please. 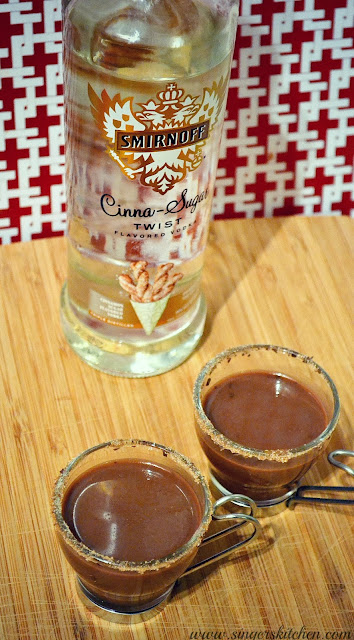 When I first started thinking about my ingredients I had to decide whether to add espresso or not but instead I decided to go with the thick hot chocolate part of the dessert. I made a vegan version and a regular version and had my husband taste test both to compare. Thumbs up for both!
So imagine a holiday party or a beautiful get-together with friends. You start off with the following: 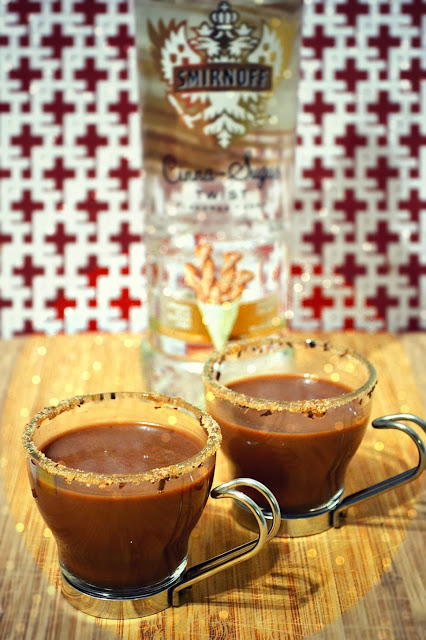 If anything, make this at home and enjoy after a regular dinner and after a hard day’s work. I promise. It will be so tasty!
Churros y Chocolate After-Dinner Drink

Ingredients
Instructions
Mix the cinnamon-sugar (3 Tbsp sugar + 1 teaspoon ground cinnamon) with 1 Tablespoon chocolate shavings.
Dip the rim of a small espresso cup into water and dip the rim into the sugar-shaving mixture.
Warm the half-and half and add the cocoa mix and dissolve until mixed well. Add the vodka and liqueur and stir.
Serve warm or at room temperature.
Powered by Recipage