I received a bottle to sample and create in a recipe. All opinions are my own. 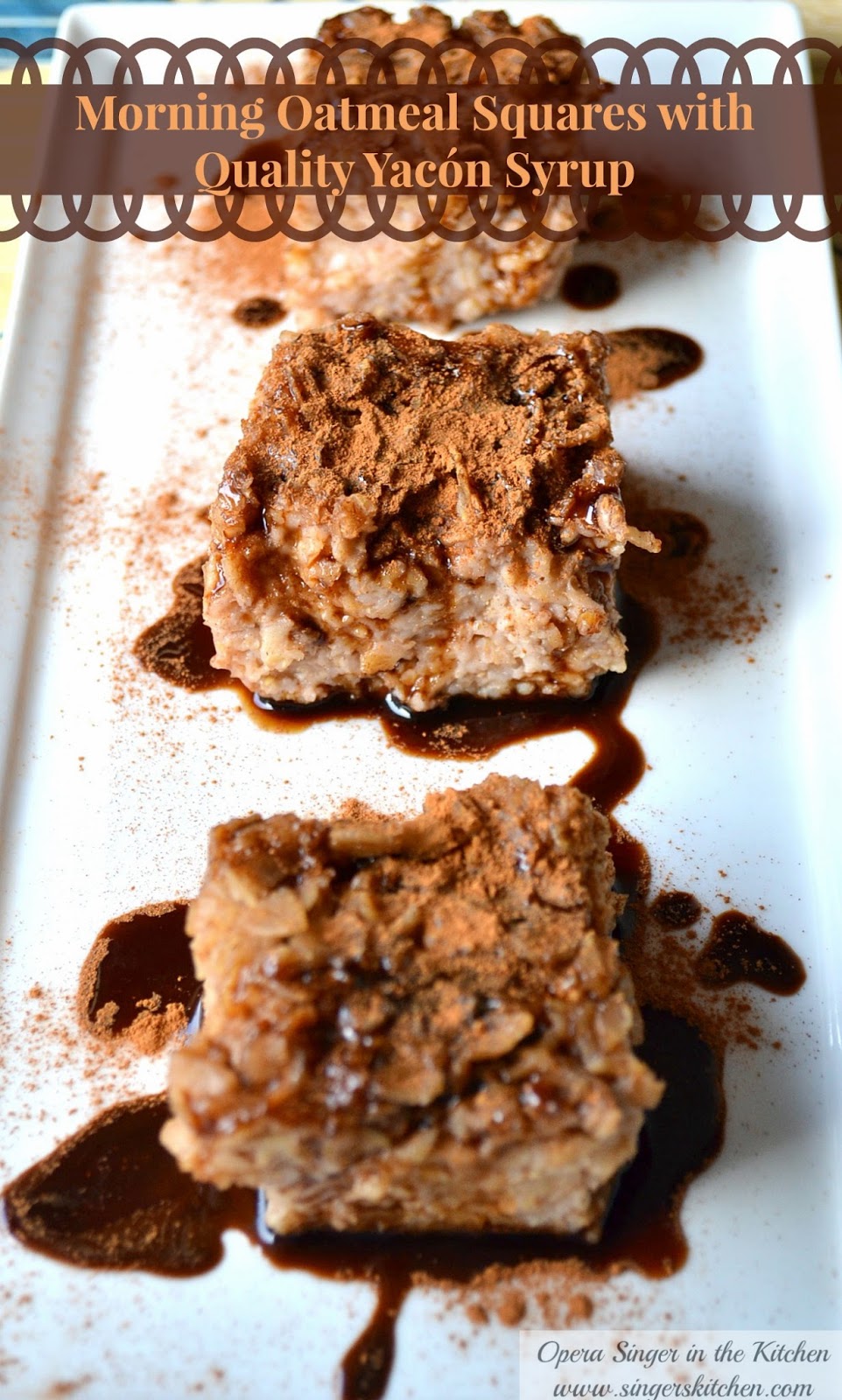 Every weekend I try planning our breakfast menus by making a large batch of crock pot oatmeal for the week. When I prepare it I sometimes add honey, molasses, coconut sugar, and at last resort, brown sugar.It is hard making sure that I am not bringing up my children to learn to be hooked on sugar. I see myself and really try to make a effort to minimize my intake but sometimes it is just plain hard. 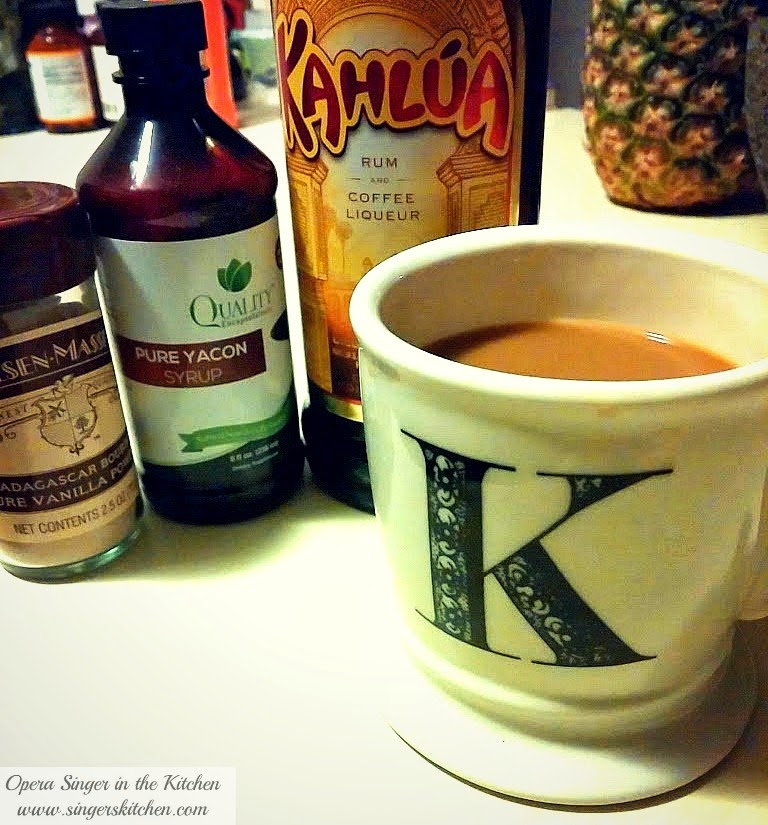 I remember taking a sugar break with my husband 2 years ago and noticing how quickly I lost weight. The cravings were gone and my energy was increased. My dependency on sugar was far behind me. Now 2 years later, I find myself in the same boat. Instead of a sugary treat at my lowest energy point in the early afternoon, I make sure to take a protein shake. Even though I try substituting coconut sugar and molasses with white sugar, it is sometimes hard not to continue feeling that craving. 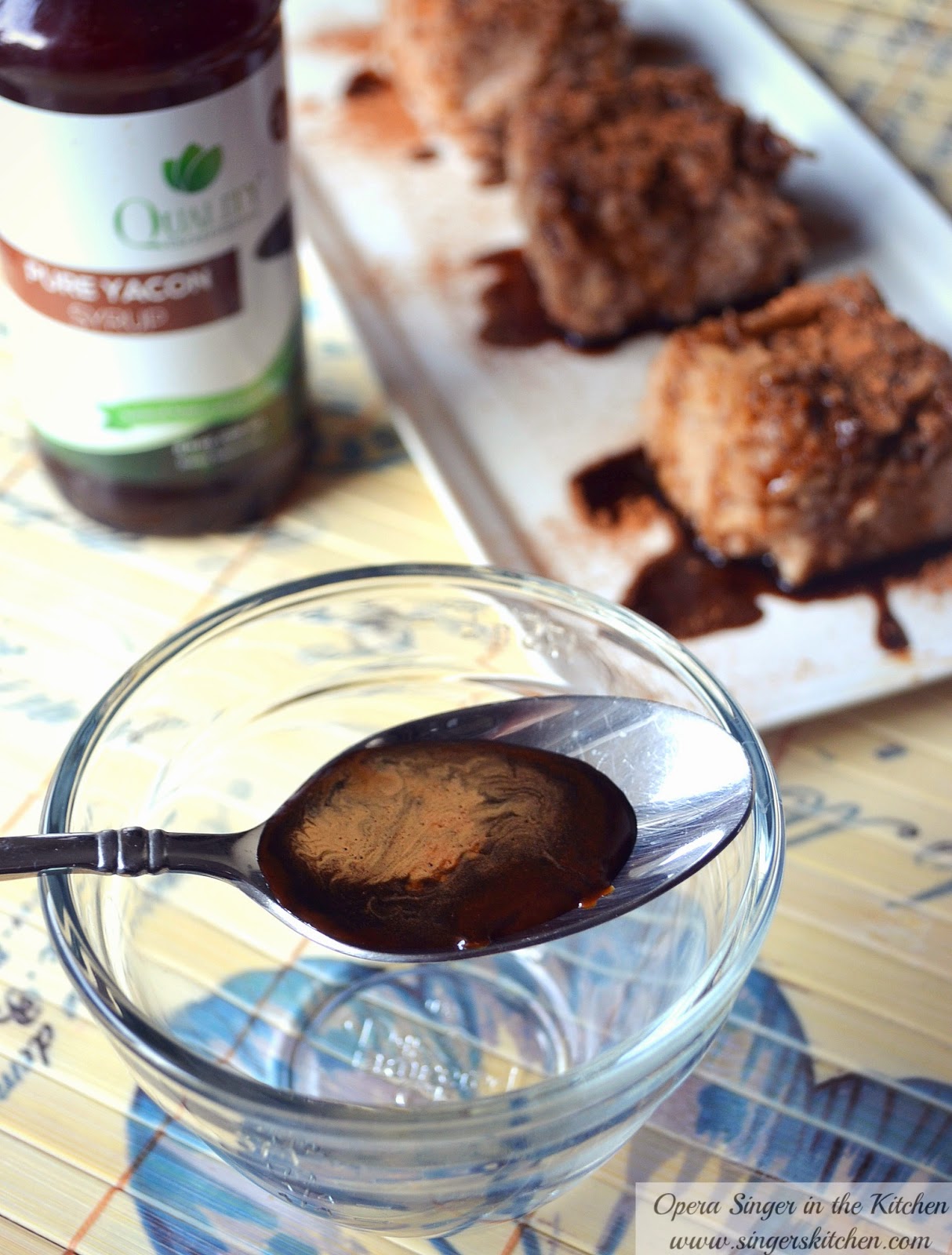 I recently had a chance to try a low-glycemic sweetener called yacón syrup, which is produced from the yacón root and grown in the Andes region of Columbia and Argentina. The perennial plant is compared to the Jerusalem artichoke and sunflower, but is considered to have amazing flavor and health benefits. This syrup was been featured on the Dr. Oz show and was tested on many women to prove the following benefits of yacón.

The edible tubers of yacón contain up to 50% of fructooligosaccharides or FOS which is very unique. FOS  are an indigestible polysaccharide that consists of low doses of fructose which make the yacón very sweet, but also very low in calories.  It also has a strong prebiotic and could dramatically boost the number of friendly bacteria that is created in the digestive tract. 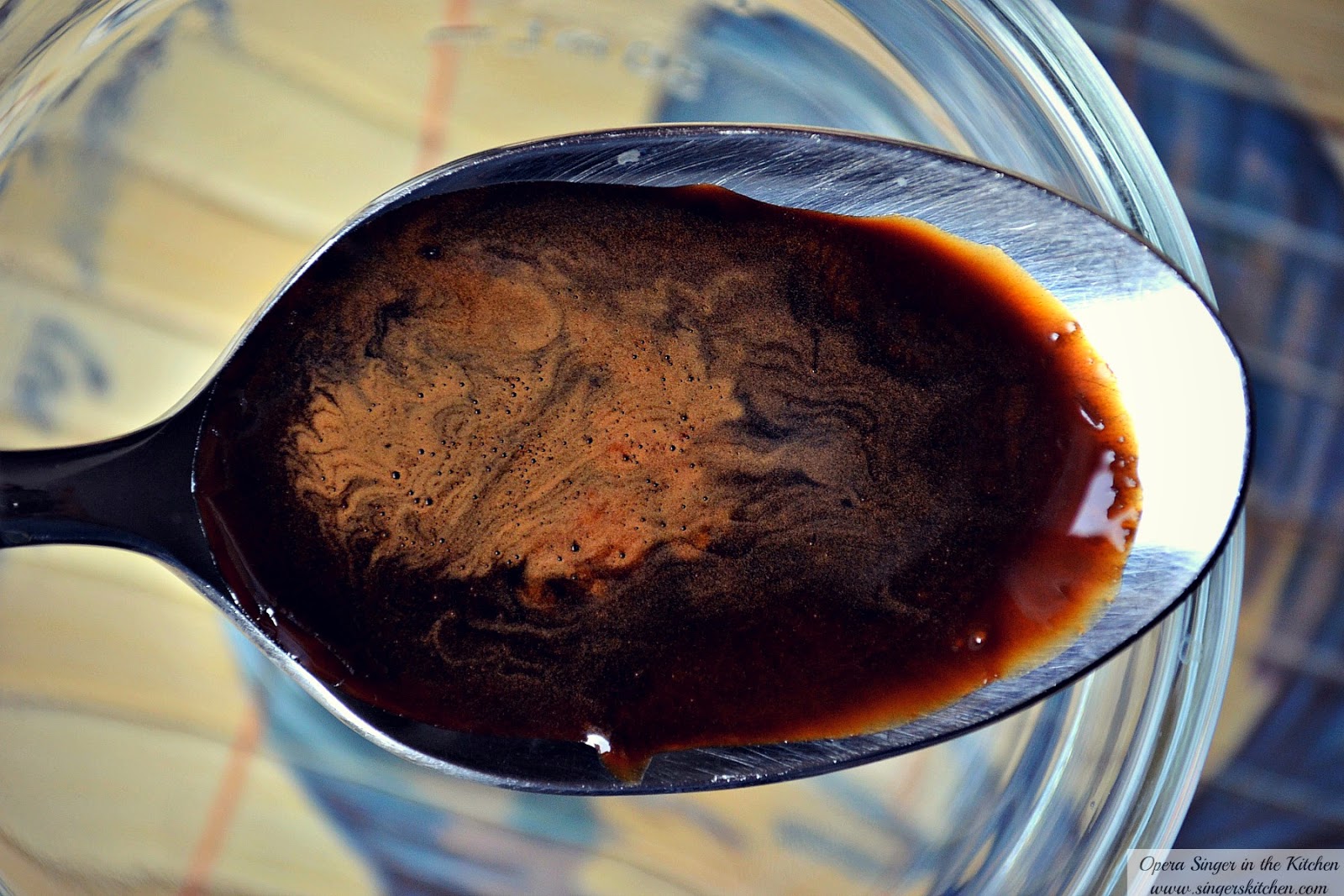 The flavor of the yacón syrup was indeed very sweet but I did not feel the craving for more or the drop in sugar levels after the dose of syrup.It definitely reminded me of unsulphured molasses with its dark color and caramel flavors. While I was instructed that I could take 1 teaspoon three times before meals as a supplement, I also tried the syrup in my cooking.
I made a coffee drink, substituting the sugar for the yacón, making for a delicious night cap. I made my own bowls of oatmeal with 2 teaspoons of the yacón syrup and powdered peanut butter, hemp seeds, coconut oil which made for a very satisfying breakfast. I also made some fancy breakfast oatmeal squares instead of having a normal bowl of oatmeal. I also placed them in my protein smoothies. 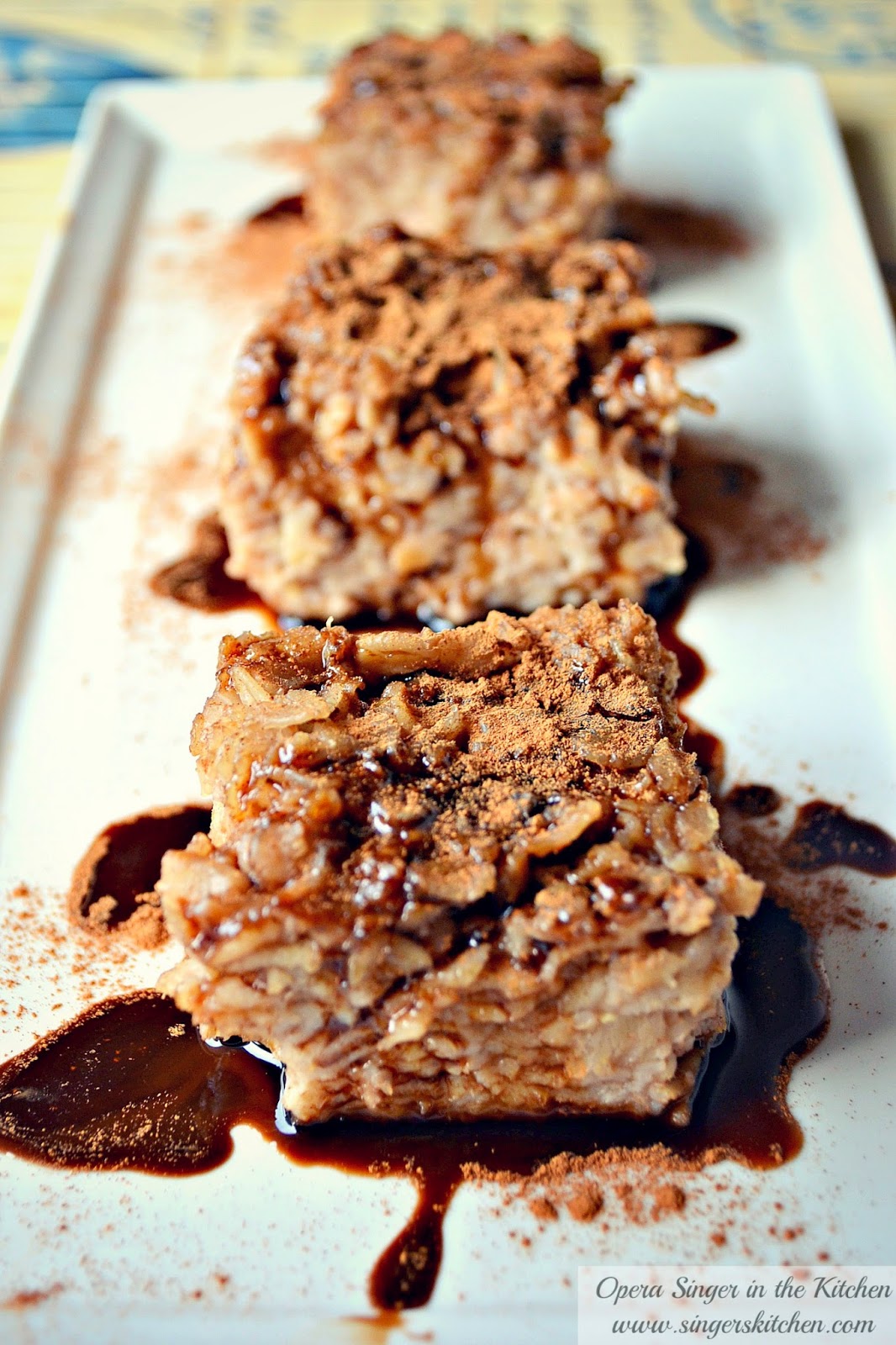 Now I do not usually endorse a product that does not work, but I feel like the yacón syrup has helped with minimizing my sugar intake. I’ve lost weight because I am eating better but not only because I am using this syrup. It only makes sense that if I am taking out sugar from my diet that I will naturally lose weight. I love the fact that the syrup is high in fiber and low in calories so while I do not rely on the syrup for losing weight I can only hope that it is aiding in my weight loss. I like the fact that it is promoted to be a metabolism booster because as a mother of 2 young girls, God knows I need some boosting.
I do like the fact that it is all natural and it only contains the ingredient it promotes. Quality Yacón Syrup can be purchased through Amazon for $26.99 for a 8-ounce bottle. Check out my recipe using the syrup in a simple way.
Morning Oatmeal Squares with Quality Yacón Syrup

by Noelle Kelly
Prep Time: 5 minutes
Cook Time: 15 minutes
Ingredients (12 squares)
Instructions
Boil water in large pot on high heat. Add cinnamon and flax seed meal. Once water begins boiling, add the oatmeal. Lower to medium heat and stir oatmeal occasionally for 10 minutes. The water should be fully absorbed in the oatmeal but not dry. If it is still not completely evaporated, cook for another 5 minutes.
Remove from heat and add the hemp seeds, vanilla powder, yacon syrup, and coconut oil.
Spray a 9×9 glass pan with coconut oil spray. Add the oatmeal to the pan and spread evenly. Cool to room temp and refrigerate. Cut into 12 squares. Can be eaten for breakfast or as snacks.
Drizzle slices with more cinnamon and yacon syrup.
Powered by Recipage