I was a zombie when I went to sleep last night ya’ll! I think I overdid it with the working out. I have been getting on Zumba workouts because they are so much FUN, but I think doing 40 minutes of racquetball with Ryan plus and hour of Zumba and hour apart from each other was a bad idea. I was so sleepy by 10pm and I still had to finish washing dishes and other household duties. Did anyone else’s day go by fast yesterday??? Sheesh…no time to get my laundry folded, groceries purchased, jewelry created or other fun stuff.


Yesterday Ryan made me breakfast by preparing some oatmeal the way he loves it. We ran out of cinnamon but I had recently purchased a bottle of Vietnamese cinnamon from Marshall’s. I love their food products for sure. Anyway, Ryan was a bit skeptical about using a “strange” and “unknown” cinnamon” but since his recipe called for it, he used it. What was the final result? He did NOT like it, but what he did find out was it was cinnamon in its purest form. I actually liked it alot and made the oatmeal very tasty and somewhat spicy. 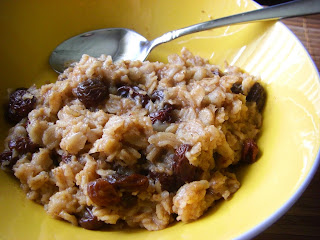 I was just happy breakfast was prepared for me! Nice treat, but after 2 hours we found ourselves hungry. We later recalled later in the evening how hungry we felt the whole day. What the heck was the matter with us? Well, Maybe not enough protein the night before? We have been playing racquetball like crazy people so maybe I thought we were just feeling hunger pangs from energy having been burned from exercising. Either way, we took care of not eating junk or too much of one thing, so we had a smoothie later on. It is great to have a partner wanting the same goals. It is ENCOURAGING!

Later in the afternoon, after an INTENSE zumba workout at a local gym, I decided to make dinner. I had taken a poll earlier of people’s favorite crab recipes. MATCH vegan meats had sent me a crab-flavored plant protein to try and I had not used it so I felt the need to create something delicious for dinner.

MATCH vegan meats has NOT disappointed. I have tasted all their products except for their Italian sausage, but I bet that stuff is good too. I have even served this faux meats to Ryan and he has enjoyed all of them. While you can find their products at Whole Foods, you can order their goodies ONLINE as well! Their faux crab meat is made from Water, Texturized Soy Protein, Wheat Protein, Canola Oil, Natural Flavors, Modified Vegetable Gum. Match is a soy product with no animal ingredients. Match contains Soy and Wheat.

Last night I decided to make Cajun-style crab cakes with a raw cabbage slaw. In order to make this meal complete I decided to make a remoulade sauce for the crab cakes and use it for the slaw dressing as well. I did NOT look up recipes for remoulade sauce but imagined how it was when I had it before going vegan. My cajun friend had prepared it for me, but I remembered that it HAD to be HIGH calories. I went on a hunch and created a dressing made with silken tofu. What was the end result? Well I looked up different recipes on the web to compare how close I had gotten and BOY, was I surprised to see I was so close!


You are going to really enjoy this recipe. There is really no need for any carbs, like rice, potatoes, or bread because the meal I created is a complete meal. Protein +vegetable. A huge plate of slaw with some crab cakes was a great way to complete the LAST meal of the day. YUMMMMM!


Mix all ingredients except the extra 1/2 cup Panko in a small bowl. Let mixture sit for 10 minutes.


Make slaw and dressing BEFORE cooking crab cakes so they will be hot.


Heat non-stick skillet with 2 Tbsp olive oil on medium heat. Add crab cakes to skillet and cook for 5 minutes on each side until slightly browned like above picture.


Serve 2 1/2 cakes on top of slaw and spoon 2 Tbsp remoulade sauce on top of cakes.


Using an immersion blender or food processor, combine all ingredients in a small bowl and blend well until smooth.


Reserve 1/4 cup remoulade sauce to drizzle over crab cakes. Use the remaining 1/2 cup as a dressing for the slaw.