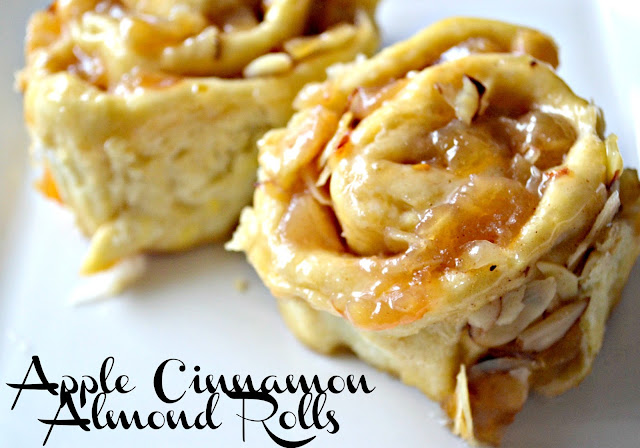 Did everyone survive the little or big snowfall? We had 1/2 an inch in our area and it was COLD! I cannot believe that the snow is here already.
I believe Julianne and I are having a hard time not getting to go to the park but we have a new indoor playground at our local mall that we have visited already! 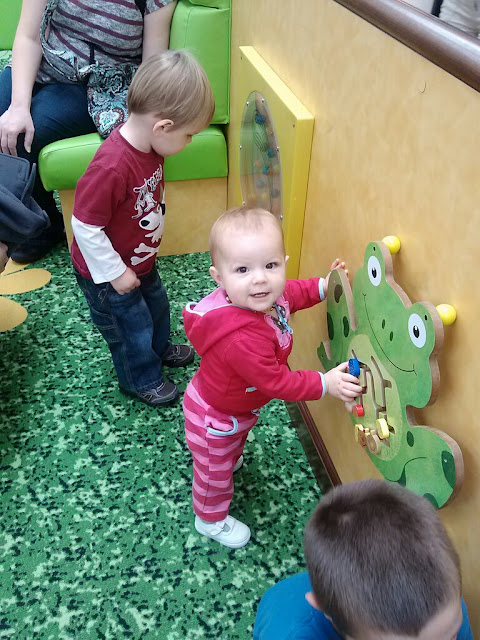 I do not know about you but those playgrounds get dirty quickly especially since there are parents that STILL bring their sick kids to them. Sigh. I just do not understand it. Either way, we probably will take walks in the mall and pass by it so she can see kids play. 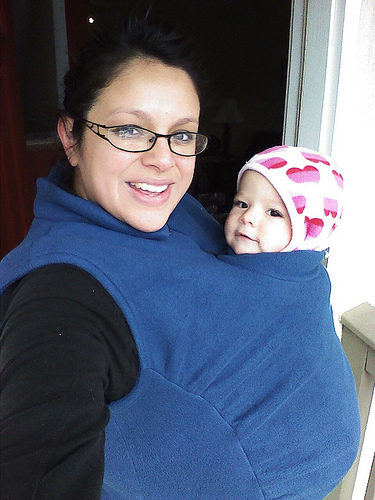 On Monday, Julianne and I took a walk with the Ergo carrier. I used my Peekaru cover that I received a year ago and still bundled her up before we left. It was a 20 minute walk and very comfortable despite being 24 weeks pregnant. This can be worn on the back too so we are hoping to use this in New York this weekend. Even though it was a fun walk, carrying a baby and a toddler is a lot of work. 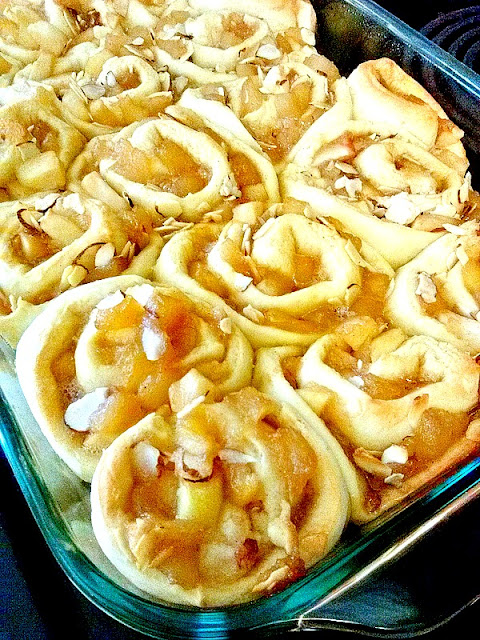 I do not know about you but when it gets colder all I want to do is bake. I like smelling seasonal smells in the house so after I saw a delicious recipe for an apple bread ring by Cake Duchess I knew I had to make a similar recipe, veganizing it and adding some more mixin’s! 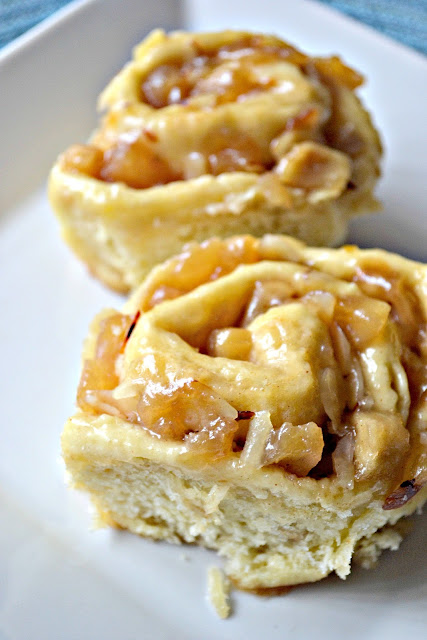 These were delicious rolls and really not too sweet. You cannot go wrong with this recipe. They are even nice warmed up the next day with a strong cup of coffee. Get to your baking and make these today!
Apple Cinnamon Almond Rolls

by Noelle Kelly / veganized and adapted from Cake Duchess’ apple bread ring
Prep Time: 90 minutes
Cook Time: 40 minutes
Ingredients (16 rolls)
Dough Ingredients
Apple Filling
Second Filling
Icing
Instructions
For Dough
In a mixer, with a dough hook attachment, add the warm milk and yeast. Mix until blended. Add the sugar and mix about a minute. Slowly mix in 1 cup of the flour until combined. Mix in the flax eggs until they are combined. Then add the margarine in small chunks and beat well. Add the remaining flour a handful at a time and mix in until a soft but knead-able dough is achieved and the butter thoroughly incorporated. Knead the dough by hand on counter until it is smooth and satiny for a couple of minutes. Add a touch of flour if dough is too sticky.
Place the dough in a greased bowl, cover with plastic wrap, and let rise and room temperature until doubled in size for 1 hour.
While the dough is rising, make the apple filling
In a medium-sized skillet on medium heat, toss in the brown sugar and margarine. When the margarine has melted. Add the apples, water, cinnamon and lemon juice to the sugar mixture. Cook the apples until most of the water evaporates; remove from the heat and let cool completely.
Preheat oven to 350 F.
Spray a 9 x13 glass dish. Deflate the dough and dump out onto a clean counter. Roll the dough out into a rectangular sheet about 16″ by 12″ (40cm by 30cm).
Mix 1/2 cup brown sugar with 1 teaspoon ground cinnamon and 3/4 cup sliced almonds. Spread over the dough and then spread the cooled apple filling over the sugary dough leaving a little dough exposed around the edge.
Carefully roll the dough into a cylinder along the long side. Pinch the dough along the seam to hold it closed, then put the seam on the bottom and adjust the carefully shape into a cylinder.
With a very sharp knife, cut the log into 16 slices. Place the sliced pieces into the dish, with the flat sliced edge down and the seam on the inside.
Set aside to rise uncovered until doubled in size; approximately 30-40 minutes.
Bake at 350°F (180°C) for about 30 minutes, until golden brown. When cooled, drizzle on the icing. Enjoy!
Powered by Recipage