This is my 100th post y’all! How exciting that I have been able to get this far! I have never been much of a writer,but blogging has been very therapeutic!

We had a super fun and busy weekend, but at the same time very restful and relaxing. How can those be placed together? Well, for one, we were not traveling and two, we had a Saturday to ourselves. It started with Friday. I knew Ryan had a rehearsal for a Sunday performance, so I after a yummy Mediterranean meal (recipe to posted later), I decided to pick up around the house and make a quick dessert. We had talked about going to see a movie after his rehearsal, so we decided we would go to the 9:50pm showing of Shutter Island. I was skeptical about this movie since the previews made the movie out to be super scary and creepy. Ryan convinced me that it was not. Anyway, I still had time to make a dessert while he was gone.

I had heard that Friday was National Chocolate-Mint Day, so I decided to create a vegan Chocolate-Mint frosting. I am totally not a frosting type of person but I was in the mood for creating something sweet. If you look at my posts I do not have many sweets posted because I try NOT to eat too many. This was a treat and a late Valentine’s dessert. Great excuse right? I used a cake box mix that I received that has all-natural ingredients, called Naturally Nora. 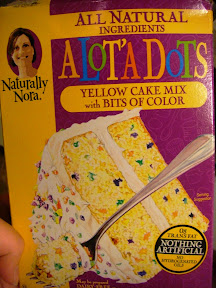 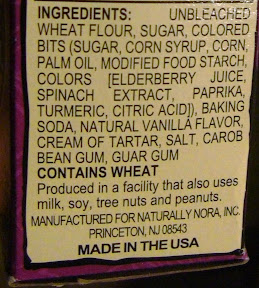 I halved the cake box mix and substituted the milk, oil, and eggs for almond milk, oil, and Ener-G egg replacer. I used 4 of my mini heart-shaped cake pans and baked them away!

Meanwhile I worked on a frosting. Before going vegan 4 months ago, I would make the 7-minute frosting for everything, but since that is egg-based, I knew I needed to come up with something totally different.

I used one of the leftover NibMor vegan/raw chocolate bars I received, mixed in some peppermint extract, agave, powdered sugar, non-hydrogenated vegetable shortening, and almond milk to make a quick and delicious frosting! Yet again, I constantly ask God to pull me through a creation that has never happened. I was happy with my frosting success. Once this was done I pulled out the cakes and let them cool before frosting them.

I waited 30 minutes and sat down and worked on jewelry design. I finished a nice necklace and now only need to make earrings and a bracelet. I kept on looking at the time and noticed that Ryan was running late. I feared that we were no longer going to the movie since it seemed the rehearsal ran longer than anticipated. At 9:40pm, Ryan bursts through the door and says ” Are ya ready?” First of all, he SCARED me and second of all I was NOT ready. I mean I was clothed but I need my shoes and a jacket. He proceeded to tell me he had called me several times and had even honked outside to alert me to come out. I heard none of these things! LOL. I think I was distracted by Law and Order:SVU. My phone was the piece of crap though. I am using my husband’s old phone so the calls sometimes do not come in.

Anyway, we went to the movies and waited for it to start. I always like to see what shady characters come in especially when we go to the later hour show. There were a ton of couples that arrived and we were happy to know it was not like the last time when we went to see The Book of Eli, where a whole bunch of punk kids came in and I was the only female in the theater.

Shutter Island was totally not what I expected and it had a delicious twist. I should have known that Martin Scorsese does not write horror flicks, it is so misleading that the previews made it seem otherwise. Oh well. It caters to both groups. We enjoyed the movie and the delicious chocolate cakes when we returned home! Enjoy!

Mix Ener-G replacer with water and mix well. In a medium bowl, add cake mix, oil, milk and Ener-G together and hand mix until well blended.

Add cake mix to four greased mini cake pans. Bake for 25 minutes or until the center is cooked.

Remove from oven and let sit for 15 minutes. Remove from cake pans onto a cookie rack. Cool for another 10-15 minutes.

Melt the chocolate in a skillet and remove from heat.

Let icing sit for 15 minutes before spreading on mini cakes.

I added a Grand Marnier Strawberry preserves as a filling but that was the not greates mix. It tasted fine but I should have left it out. No biggie I just learn for the next time.