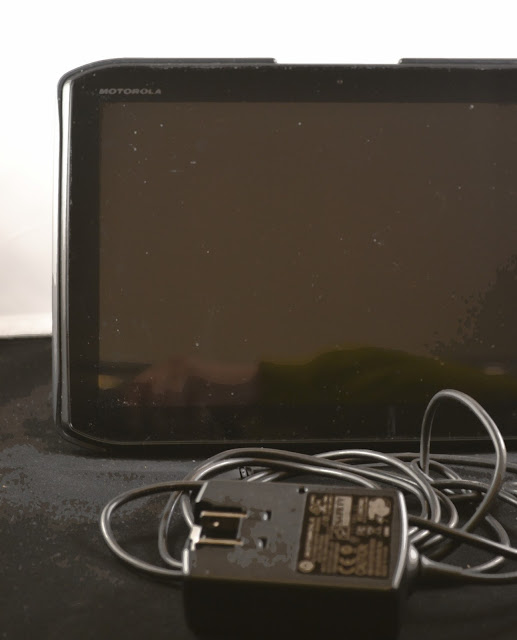 If you do not remember I was part of the Verizon Midwest Savvy Blogger Group the last 6 months. Now that the program is over and I decided what product I decided to keep I had the choice to give away the product that least interested me for my life.
Now that the iPad is so popular I know other companies have other options like Samsung and Motorola. Here is Motorola’s version called the XYBoard. I tried using it in the kitchen, looking up recipes and propping it up but somehow it was not my favorite device.
According to Verizon this device “comes with a Pre–Installed SIM Card that is both CDMA and GSM capable. Data in over 200 countries, more than 125 with 3G speeds. Initial setup required.” 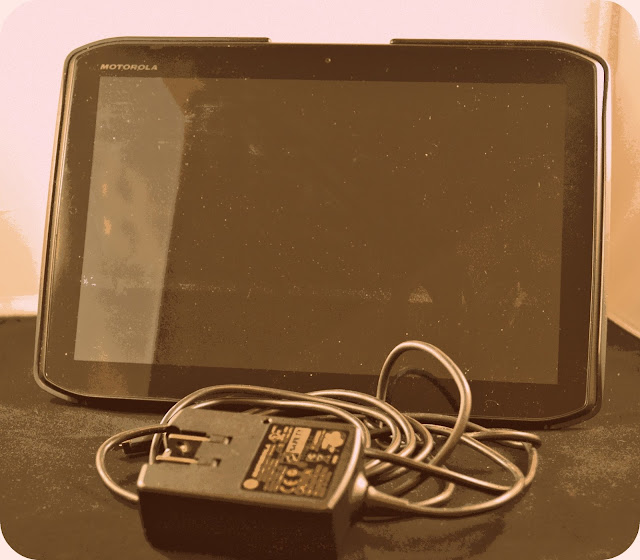 Want to know a little more about this device?
The First Tablet Worthy Of The Name DROID
Welcome to a new dimension of DOES. Xyboard is a home theater system compressed to fit in your hands. Just 9mm thick and 1.3 lbs, it packs explosive power in a highly portable design. Take it anywhere, and get pulled into your entertainment with a 10.1–inch theatrical HD screen.
Off–Site Office*
Plow through business with an unfair advantage – Droid Xyboard includes a stylus instrument for faster and more accurate on–screen writing and editing capabilities. Now you can break the laws of productivity. *Available for 10” Xyboard only.
DROID DOES Durability
Keep surfing, shopping, watching, and working though spills, slips, and scratches. Xyboard is built to last, with Corning® Gorilla® Glass to resist scratches and a nanocoating to repel water.
Portable Powerhouse
Take your full–screen window to the web outdoors, and get blazing–fast streaming speeds with Verizon 4G LTE. Keep your productivity up with Xyboard’s multitasking dual–core 1.2 GHz processor.
Dual Cameras, Dual Hands
Don’t just snap pictures, snatch them with both hands via the 5MP camera. Then fly through your gallery on a 10.1–inch HD screen. And seize every scene with HD video capture. On your command, Xyboard engages in full–screen video–chat with its front–facing camera.
I do not have the original box for the device and I misplaced the stylus but it is only because I did not really need the stylus. That would be the only thing that would have to be replaced. This device was hardly used in the 3 months I had it but I do have the charger.
If you would love to win this, then sign up for the giveaway. This is only open to US readers.