Wednesday is almost over even though I feel like it should be Friday already. It has been terribly rainy here but hopefully after April showers are over May will bring us sunny days. We walked around the house to realize that mowing season is finally here. Once it stops raining the whole task of mowing will start by Ryan.


I have really not cooked this week yet…my post-nasal drip has really been quite annoying and has caused no desire to cook. Either way, I had excuses not to cook. 😀 I met with a friend for dinner on Monday and I had a giant dish of pasta that I promptly added half to a doggie bag. Those leftovers were then consumed on Tuesday with a green salad.


What did I cook yesterday? I DID make a vegan coffeecake that was delicious! I will be posting about that sometime this week. 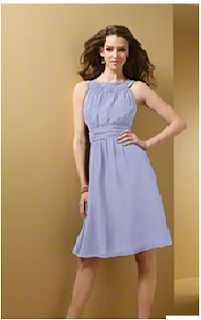 In about a week I will be leaving for a quick trip to Houston. My sister is getting married and I will be the matron of honor! Thank God my dress still fits and that the weather will be perfectly hot while in Texas. I can’t believe it has been in the 70s and 80s while we have been keeping bundled in our rainy 30s and 40s weather. It sounds like many people have been dealing with weather changes all over the US.


I also found out that my mother is putting an impromptu baby shower while I am in town so Ryan and I quickly put some stuff on Amazon and Target to get things started. Boy, was I a tad bit stressed. I was reading up on different carriers, strollers and pack ‘n plays. Let’s just say that even though we do not know the sex of the baby there was enough for us to place on our registries.


Since I was busy doing that today we decided to go out for dinner. A nice dinner consisting of burgers and beer-battered fries was perfect before going to zap some items to our Target registry. Have I told you I have been enjoying Arnold Palmers lately? They are so soothing and yummy! Although I need to remember not to down them so quickly before dinner because I then feel gross. During dinner Ryan mentioned that his dad had asked whether I was still getting nauseous over certain foods and he told him about my hummus disaster from last week. As soon as Ryan told me that, I remembered how I felt sick and I almost lost my dinner tonight. Ryan immediately told me to think about something else, QUICKLY!


Sigh…on another note, I finally purchased my first pair of maternity pants! 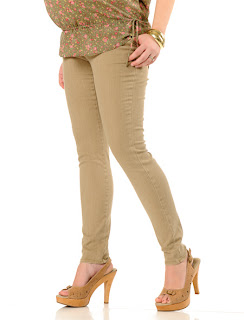 It took me a long time trying on clothing and making sure these would last me throughout my pregnancy but I finally decided to buy them especially since they were on sale. SCORE! Yes, I bought maternity skinny jeans. Even before I was pregnant I never owned a pair but somehow these were super comfortable and cute.


I am not usually a big online shopper when it comes to clothing but does anyone have GO-TO stores they like buying from for matenity clothes or bras? Any help would be great!


Anyway, down to what I am featuring today. Remember the Coconut-Cashew Cream Tarts? Well, I had a 1/2 cup left of this cream left and I decided to make some truffles. I froze 20-1 Tablespoon balls of the cream on a parchment-lined baking sheets and I froze them for an hour.


Meanwhile I prepared a hot water bath and melted half dark chocolate and semi-sweet chocolate. I removed the frozen cashew-coconut cream and dipped each ball into the chocolate, placing each of them back on the baking sheet. I then just placed them back in the freezer for quick solidifcation. These were delicious once they sat out from the freezer for about 10 minutes.


These are stored perfectly in the refrigerator for later consumption. Enjoy! 
Cover a large baking sheet with parchment paper. Add 1 Tablespoon of coconut-cashew cream on the sheet 1/2 inch apart, trying to create a ball. Place in the freezer for an hour until solid.


Meanwhile, in the top of a double boiler over hot water, not boiling water (don’t let the bottom of the bowl touch the water, melt chocolate; stirring until smooth. NOTE: Be careful boiling water may cause steam droplets to get into chocolate which can result in “seizing,” when the chocolate becomes stiff and grainy.


If you don’t have a double boiler you can improvise one by placing a glass or stainless steel bowl over a pot of simmering water (don’t let the bottom of the bowl touch the water). Thanks to whatscookingamerica for note)


Remove the coconut-cashew balls from the freezer. Using a fork place the ball in the chocolate, covering the entire thing. Use a spoon as well to help cover the cream ball. Place each of them back on the baking sheet and place them in the freezer to complete solidification.


Enjoy them at room temperature. Remove from the freezer for 10 minutes before consuming.