I attended this event by invitation and was not compensated. All opinions are my own. 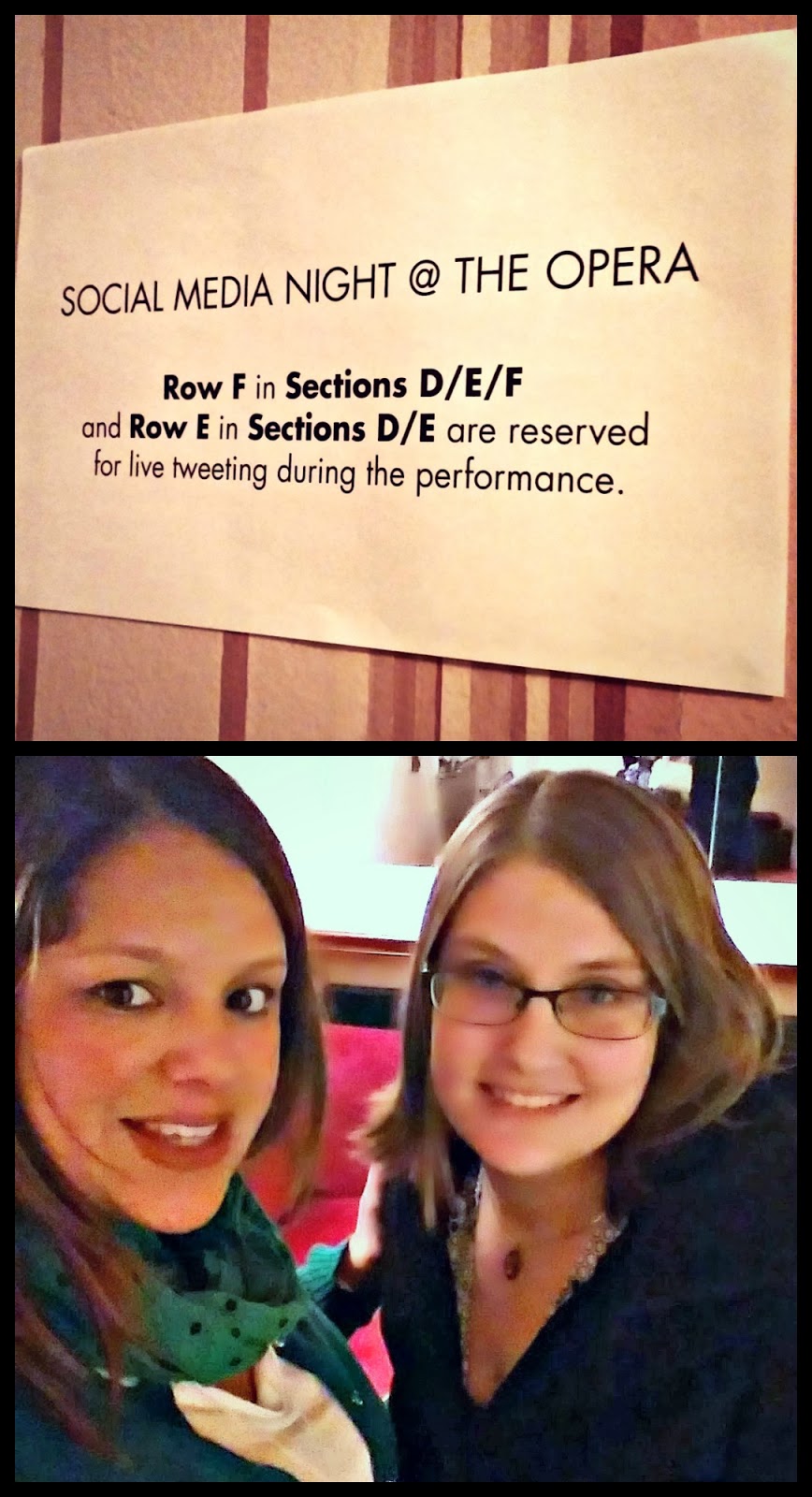 This past Friday night I had the great opportunity to be the first to attend Opera Philadelphia’s social media night at the opera. I am sure you are wondering what that means but we got the chance to sit in a convenient spot in the theater away from patrons and live tweet the performance. It was a rare chance. Opera and theater snobs might be appalled but I am so thrilled to share with you my experience.
I was armed with my fully-charged phone and directions on how to discreetly use our phones during the performance, like keeping it on silent and dimmed. We sat in our designated spots and were among other tweeters from the area. We were all a mixture of media folk, from bloggers to magazine writers to regular tweeters. 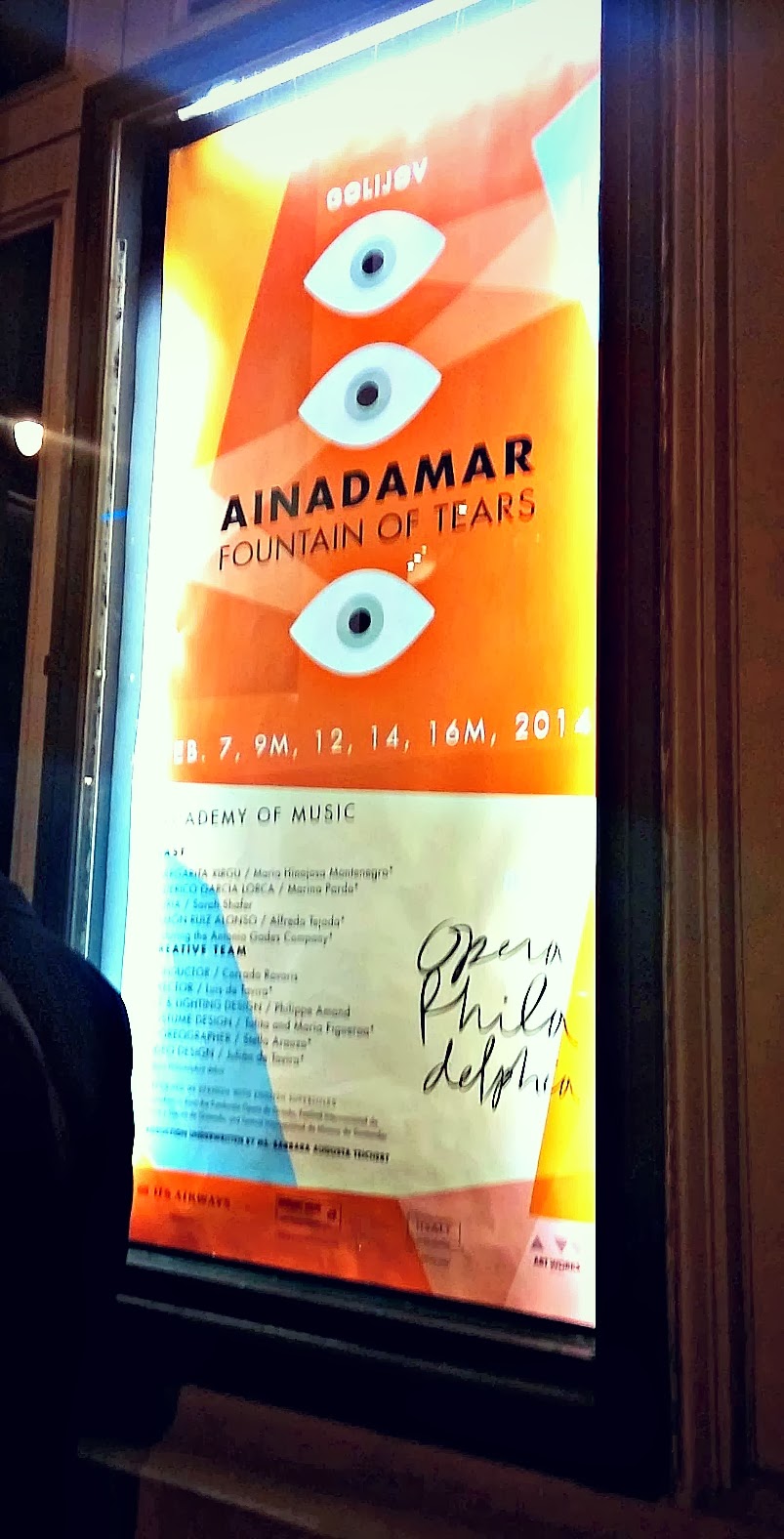 Now to tell you a little about the contemporary, flamenco-infused opera production, Ainadamar. Ainadamar means “fountain of tears” in Arabic and is about the controversial life and defiant death of the poet, Federico García Lorca. It is described as “poetry in motion,” and was that a reality. I was really excited to see this 80-minute Grammy-award winning performance that was set in three images and performed in Spanish.
As we sat in the performance, we found out that the Argentinian composer, Osvaldo Golijov, was in house! I had been reading about his life in South America which I find fascinating since I am half Chilean but that is not all. He grew up in an Eastern European Jewish household so his musical influences were varied and not only that but he was surrounded by classical chamber music, Jewish liturgical and klezmer music, and the new tango of Astor Piazzolla. Something that caught my eye was that the composer attended University of Pennsylvania and studied with George Crumb.
I studied and learned about George Crumb in 20th-century composition class in college and even though the style of music was not my favorite, I learned to appreciate it. I was very curious how his style would influence and come across Mr. Golijov’s opera. 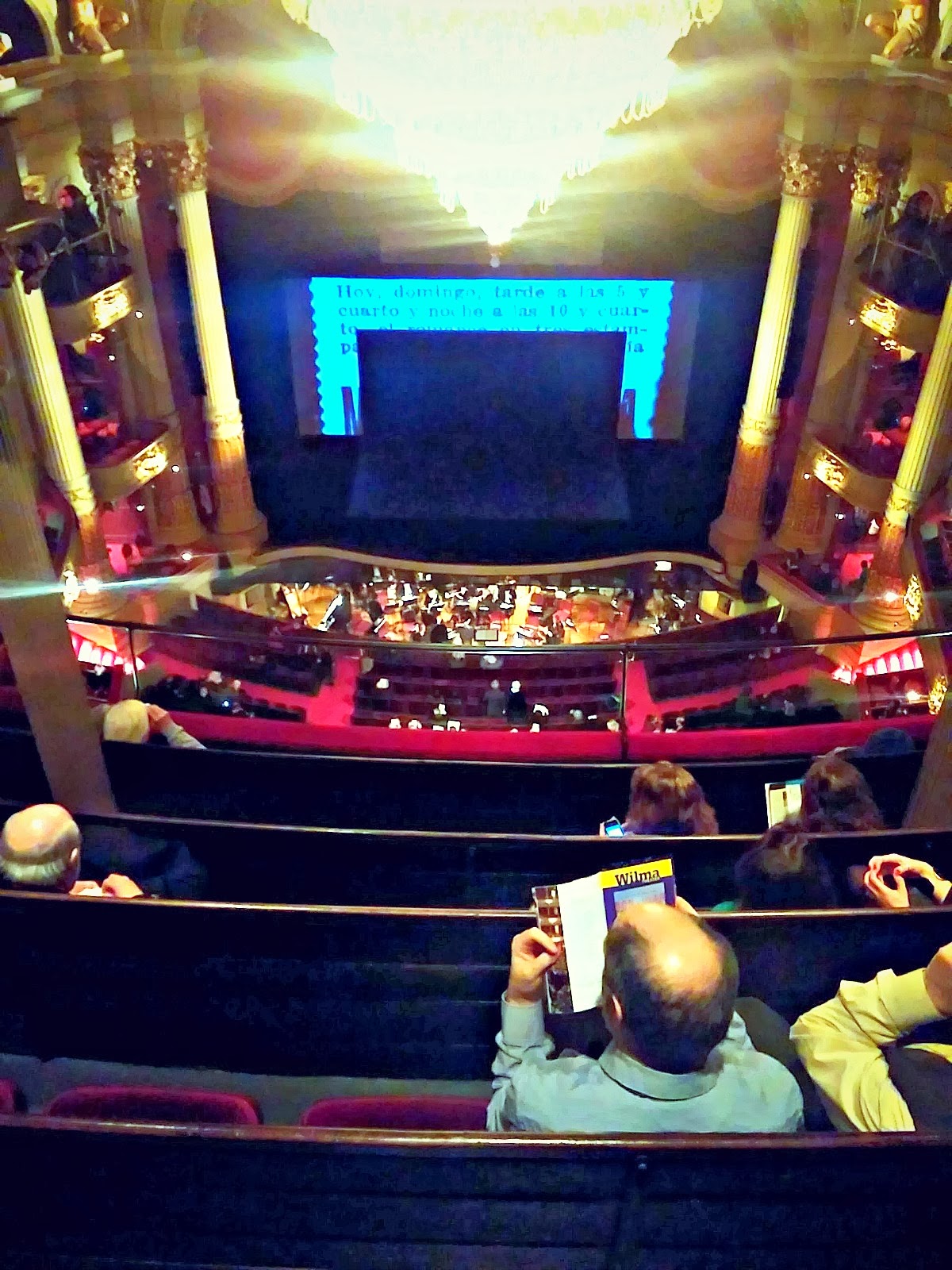 We were seated in the balcony dead-center in the theater so we had a great view of all the dancers and performers. Most of all the opera singers were making their debut at Opera Philadelphia. The soprano, Ms. Montenegro sang one of the title roles, Margarita Xirgu. All her high notes were so beautiful and clear and the trills that were in the music were gorgeous. The plus in being able to tweet everything that was going on was that I could understand the singing. Even though there were English subtitles the Spanish enunciation was clear from where I was sitting.
The mezzo-soprano, Ms. Pardo, sang the role of the poet, Federico García Lorca. Yes, a female sang what is known to be a “pants role” which is seen a lot in Mozert’s operas. Her overall tone and role were well-performed and very dramatic indeed. I loved hearing her low register or low notes.
While I enjoyed listening to the women sing, my real favorite parts of the opera was the music, Alfredo Tejada, the flamenco singer, and the dancers. While this all might be my Latin side, I think ANYONE watching this opera would love the rhythms, the dancing, and the images in this production.
I have only had one or two chances to see flamenco dancing while in Spain and it has been such a long time, but I would take lessons in a heartbeat if I had a chance. The dancing is so mesmerizing and graceful. My late fraternal grandmother loved everything Spanish, not only because she had Spanish blood, but there were a lot of influences in her home.
Flamenco singing is another realm of vocal performance in my opinion. I looked over to the other lady sitting next to me, after Mr. Tejada performed, and we both agreed that we could hear him sing all the time. He was so passionate with his declarations as he came on stage so it was no surprise he has won a lot of first prizes back in Spain.
If you have not attended an opera before, this would be a great option to attend seeing it is only 80-minutes long, but not only that. The performance will keep you constantly engaged or dancing in your seat.
Check out the gallery to see the singer’s costumes.
Read more about the opera on Opera Philadelphia’s synopsis page
Here are the dates for the rest of the performances. If you are in town, it is imperative you go watch this fantastic performance. The set is magical and the music is glorious.