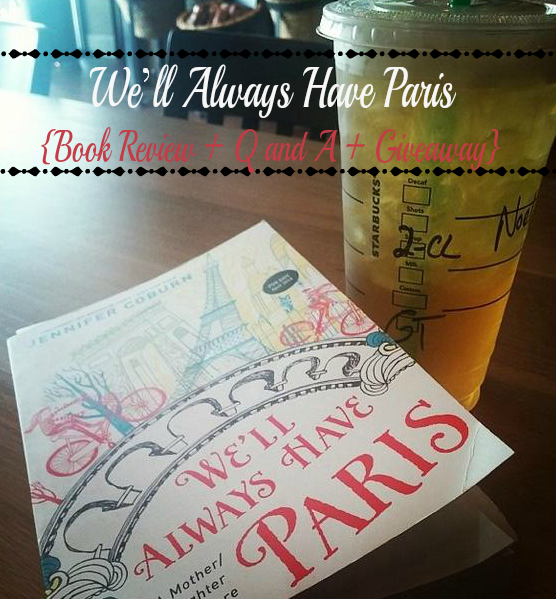 I recently had a chance to read a very entertaining book that hit close to home. Jennifer Cohen’s book We’ll Always Have Paris: A Mother / Daughter Memoir was released on April 8th and chronicles Jennifer’s adventures traveling throughout Europe with her daughter Katie over an eight-year span.
Here is a little synopsis of the book:
Jennifer Coburn has been looking in the rear view mirror expecting to see the Grim Reaper for the last 20 years—ever since she lost her father to lung cancer when she was just 19. When she became a mom herself, Coburn vowed to jam-pack her daughter Katie’s mental scrapbook with beautiful memories…starting in Paris.
In her forthcoming memoir, We’ll Always Have Paris: A Mother/Daughter Adventure (ISBN: 9781402288630; April 8, 2014; $14.99 U.S.; Memoir; Trade Paper), Coburn shares details of their summer travels through Europe, one city at a time, united by their desire to see the world and spend precious time together.
Even though her husband can’t join them, even though she’s nervous about venturing overseas, and even though she’s perfectly healthy and not actually dying, Coburn decides to leave the bathroom and kitchen repairs for another day, and invest in building memories with her daughter.
Their journey begins in Paris when Katie is 8, and ends in Paris in 2013, when Katie is 16, after taking month-long trips to more than a dozen European (including Paris, London, Rome, Salerno, Florence, Venice, Madrid, Seville, Granada, Barcelona, and Amsterdam).
Whether they are sleeping at Shakespeare and Company Booksellers in Paris, singing Korean folk songs at the Alhambra, playing charades with the locals in Pompeii, or visiting the Salvador Dalí Triangle in Spain, this is the story of how one mother lets go of the fear of death—and how her daughter teaches her to enjoy life. 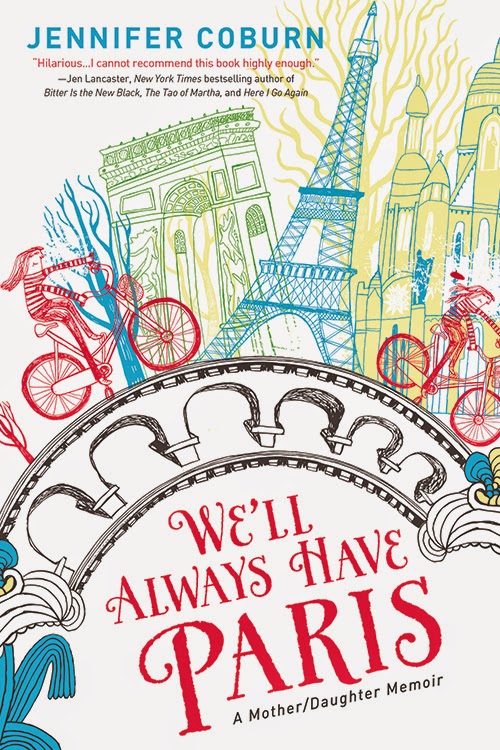 Nowadays I seem to choose books that have a parallel with my life and I was very intrigued by the title of this book and looked forward on the adventure it would take me with the author. Ms. Cohen took her 8-year old daughter on a European adventure for month-long treks visiting different countries. I personally felt a connection with every adventure this mother and daughter went through.
My grandmother started taking me on trips at the age of 6, starting with a trip to exotic New Mexico. Yes. My first plane trip and days away from my family. I took it with stride which is why my grandmother continued these trips with European adventures by the age of 13. As Ms. Cohen retold her adventures in Rome, Paris, Florence, Venice and more, I was was transported back and realized how thankful I was to have these memories with my grandmother and the cultural education it gave me for the rest of my life.
Maybe some will not think it is feasible to take a month out of our personal lives to take such an expensive trip, but Ms. Cohen and her family made sacrifices in order for them to be able to give a specific experience to their daughter. Whether it be Europe or across America, family trips are always an experience and can leave lasting impressions on young kids.
I especially enjoyed reading this book and laughing out loud with no care in the world. This book is thoroughly entertaining and even though I do not personally know Ms. Cohen, I feel like I connected with her. My desire as a mother to travel and have my daughters experience the different cultures around the world is high on my list. I look forward sharing this with them.
I had a chance to ask the author a few questions of my own. 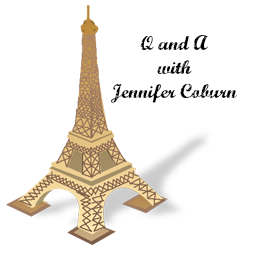 “If you had the chance to do it again, would you? if not, why?
Without a doubt. Traveling with Katie has been an absolute gift because I got to see her experience new and exciting places. I loved her observations about the world. And frankly, I learned a lot from her, seeing how she accepts life exactly as it is.
On our second day in Paris, we went to a café where babies were not welcome, but dogs were fine. There were several sitting at their owners’ feet like bathroom rugs. A waiter brought eight-year-old Katie a hamburger that was like nothing she’d ever seen. On top of it was a sunny-side-up egg. I was really nervous about how my eight-year-old was going to react. Everything she had experienced in the last two days was new and different. Now, even the familiar hamburger was weird in France. But she looked at, shrugged and said “I guess you get breakfast with your lunch in Paris.”
Later during that same trip, we had the unique opportunity to sleep at the Shakespeare and Company bookstore on the Left Bank. The store lets poor, young travelers – they call them Tumbleweeds — sleep on cots in the bookstore after they close at midnight in exchange for a few hours of work in the store. And if you are a writer, you can sleep in the Writer’s Studio where Henry James once stayed – but the sheets hadn’t been changed since.
A tornado of gnats came from the faucet. A box of Ritz crackers were in the corner with a picture of Andy Griffith when he was 30 years old. Katie’s bed was a door resting on two file cabinets – of unequal height – with a yoga mat as a mattress.
It was broiling hot so I opened the window, and at the same moment, Katie and I shared our thoughts.
I said, “Yuck, I smell hot garbage from the dumpster on the street below.” Katie said, “Look at our view of Notre Dame Cathedral!”
So Katie taught me that sometimes you need to just hold your nose and look for what’s beautiful.
“Would you take more than one child?”
I only have one child so the choice for me was easy. I only brought my own. If I had more I probably would take them all unless there was a big age gap between them. A trip to Paris with an eight-year-old daughter becomes something entirely different when you add a three-year-old boy and a baby to the mix. (Then again, that could be a lovely trip too.)
“Any marital repercussions because of the decision?”
None. My husband and I negotiated what would need to happen to make the trip feasible and both upheld our ends of the deal. If anything it helped our marriage by giving us a little time apart. He enjoyed having time alone and we both had a chance to miss each other.
“Were people friendly during your travels?”
People were incredibly friendly, which was one of the benefits of traveling without my husband. People tend to see families as a closed unit, but a mother and daughter are much more approachable. Europeans – especially Italians – saw a mother and daughter and wanted to help us (usually by feeding us).
We did have an unpleasant run-in immediately upon our arrival in Italy. Our taxi driver in Rome swindled me out of 50 euro by switching bills that I handed him, claiming I paid him too little. I was so exhausted and confused after our very long flight. When I handed over another bill, he gave me a smarmy grin and said, “Welcome to Roma.” It was a very unsettling first interaction.
Later that night, I told a deli owner what had happened and he felt so sorry for Katie and me that he made us a beautiful dinner. “Now, welcome to Roma,” he said. This type of generosity was very common.
“Would you allow your daughter to travel on her own and stay with European families?”
I expect that Katie will study abroad when she’s in college, but right now I am hanging to every moment I’ve got before she graduates high school in 14 months.
“Will there be a follow-up book?”
I’ve been thinking about that a lot lately. I am getting a lot of feedback from early readers saying they’d like to her more about growing up in New York City in the 1970s.
“Would you move overseas?”
I don’t know that I’d permanently relocate because I am so attached to the life we’ve built here. But I often fantasize about spending a year in Barcelona. Or Florence. Or, of course, Paris. Sigh.


Jennifer Coburn is a USA Today bestselling author of six novels and contributor to four literary anthologies. Over the past two decades, Coburn has received numerous awards from the Press Club and Society for Professional Journalists for articles that appeared in Mothering, Big Apple Baby, The Miami Herald, The San Diego Union-Tribune, and dozens of national and regional publications. She has also written for Salon.com, Creators News Syndicate, and The Huffington Post. Coburn lives in San Diego with her husband, William, and their daughter, Katie. We’ll Always Have Paris is her first memoir.
__________________________________________________________
Thank you Jennifer for letting me interview you!

Pick up this book for your mother for Mother’s Day or enter for a chance at winning your own copy of this this entertaining book?

One US or Canadian reader will have a chance to win this book.